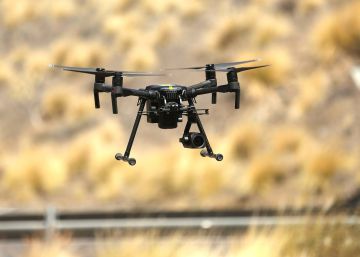 It is a bird? A plane? Are not drones, many of them with flashing lights and wingspan of up to almost two meters. And it is not known who controls them or why the green meadows of northeastern Colorado and western Nebraska fly over the United States tonight.

Alert calls occur at the sheriff’s offices in the area. Concerns spread among the affected rural populations. Social networks and the local press echo the alarm. And even some local authorities have been forced to remember that shooting drones is a federal crime. But nobody has yet come up with an explanation.

“Our office has received numerous calls for drone sightings about our county. To date, we do not know who is responsible for the flight of those drones or who is their owner. Many people claim to have seen them about their properties. Our agents have seen them too. Please be patient and let our investigative efforts find an explanation, ”said Dave Martin, sheriff of Morgan County, Colorado, in a note posted on Facebook on the last day of the year, asking neighbors to ask him Send photos and videos of the drones to help with the investigation.

Circulate theories of all kinds. Since it is Amazon testing a new distribution system until it is a Mexican drug cartel, passing, of course, by an alien expedition. Among the most widespread hypotheses is that they are part of an examination of the land by an oil or gas company. But the fact that they fly at night does not just add up.

Among the most widespread hypotheses is that they are part of an examination of the land by an oil or gas company. But the fact that they fly at night doesn’t just add up

These types of drones have been used for years for a variety of activities, such as cartography, photography or agriculture. The problem with drones is that they are difficult to identify. A federal regulation in force since 2015 requires operators of artifacts from a certain size to register, but there is no license plate that allows the drone to be easily connected to its owner. Just last week, the Federal Aviation Administration (FAA) proposed a new regulation that would require drones to be identifiable. FAA itself has opened an investigation into the mysterious flights in Colorado and Nebraska.

The sightings began in mid-December, and have occurred in various counties. Agents have tried to follow the drones, according to local press, but whenever they approached they escaped in another direction. The authorities warn that, despite the unusual situation, it is not necessarily something illegal. “It is simply strange that no one has come out to say ‘it’s us’ or has assumed responsibility for the drones,” he explained Akron News Reporter, rotary of the county of the same name in Colorado, Deputy Sheriff Robbie Furrow.

On Monday, January 6, the Denver PostA meeting has been called between sheriffs, police departments and federal agencies to pool their unsuccessful investigations to date. “We are confident that this meeting will provide some answers, or at least contribute to the development of a plan to identify who is in charge of the drones,” Yuma County Sheriff Todd Combs said on Facebook. “I think we all feel a bit vulnerable to the privacy intrusion we enjoy in our rural community, but I don’t have a solution or know any at the moment. All I can tell you is not to live your life with the fear of the unknown, ”he concluded.

Ángel Gómez de Ágreda, Colonel: “Carrying a cell phone is like having a spy in your pocket”

WhatsApp is updated with a sticker search engine