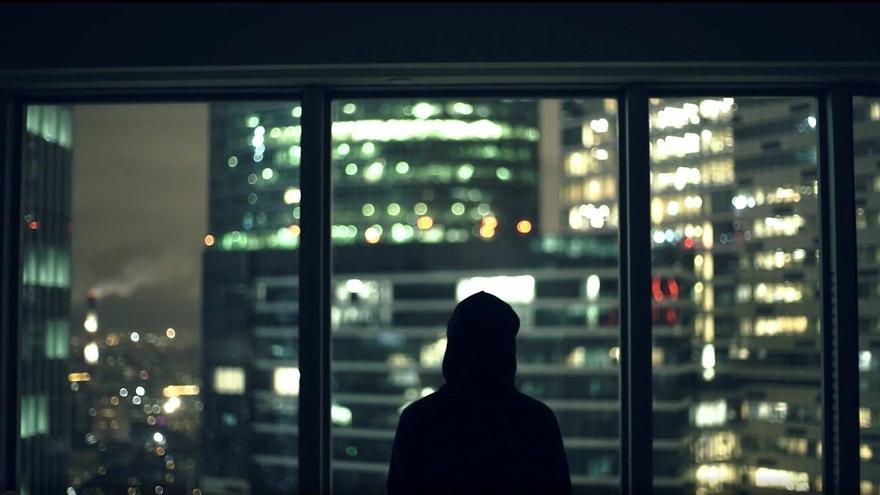 Little or nothing is known in recent years about the creator of Telegram, Pavel Dúrov. Only he has become one of the richest men in Russia, is one of the most promising young entrepreneurs in the world and its social network has already exceeded 500 million users.

“I thought that Dúrov did not exist, that it would be a myth,” Rodión Chépel, director of the first documentary on the 36-year-old entrepreneur that can be seen in Russian cinemas, told EFE.

Dúrov is very jealous of his privacy. He made his last public appearance in 2017 in Indonesia and a few days ago posted his first Instagram post in more than three years. “Live between Finland and Dubai “Mikhail Klimariov, director of the Internet Protection Society, told EFE.

Chépel’s documentary ‘Dúrov’ tries to shed light on a much admired figure for the Russian youth, much closer to the opposition leader, Alexei Navalni, than to the gerontocracy of the Kremlin. “I want to be an internet totem,” he told his teacher upon graduating from an elite high school in St. Petersburg, where well-known mathematician Grigori Perelmán also studied.

Dúrov, who was born in the former Tsarist capital and lived in Italy for much of his childhood and adolescence, was clear on this. His first step into the digital world was taken when he entered the Faculty of English Philology in Saint Petersburg. He created a virtual library with the students’ work so that they could be consulted by other students (Durov.com).

The creation of an empire

No time to lose in 2006 he founded Vkontakte, the Russian Facebook, which quickly became the main social network in Russia. The problem is that VK’s influence was so great that it caught the attention of the Kremlin, chaired by a man from the analogue age who is especially suspicious of the internet.

The final straw was his refusal to block, at the request of the authorities, the groups that organized the massive demonstrations against electoral fraud in 2011. Under pressure, Dúrov ended up selling the platform in 2014 to friends of the Kremlin. (mail.ru).

At the peak of VK, according to the documentary, he launched paper planes made with dollar bills from the window of his office in the second Russian city, a premonitory gesture, since a paper plane is the symbol of Telegram. With this encrypted messaging service, Dúrov made the leap to another dimension that would end up leading him into exile.

Recently, Forbes magazine included him for the first time in the list of the ten richest men in Russia with a fortune of 17.2 billion dollars, four times more than in 2020. “Looking at the growth rates of his company, in a few years it will be the world leader in the sector “, predicts Chépel.

“The biggest advantage of Telegram is that it is a mix between a social network and a messaging platform. It is the most comfortable to use and is also an instrument to receive information “, explains Klimariov. And insists that” there is no other application that has channels, which, in fact, are mass media “, at the same time. we must add the possibility of monetizing them. “I would compare him with Jack Dorsey”, co-founder of Twitter, emphasizes Klimariov.

In mid-April, the Russian press reported that in two years Telegram plans to put 10-20% of its shares on the market. “The fact that Dúrov holds 100% of the shares differentiates it from other businessmen in the sector. Going public in this situation is unique,” explains Chépel.

At the time, Krimaliov was one of those who participated in 2018 in the resistance movement against the blockade of Telegram in Russia, which required Dúrov to identify the users as part of the fight against terrorism. “He never handed anyone over to the police,” said Krimaliov, who maintains sporadic contacts with the businessman about the fight against certain controversial content on the internet.

The filmmaker and the activist agree that Dúrov has no ideology. He defines himself as libertarian, although his creation has become the preferred instrument of the opposition from Belarus to Hong Kong.

Telegram is very safe for civil society, but it also has a moderation system that eliminates channels with dangerous information, whether linked to suicides, drug trafficking or extremism. “Dúrov listens to his surroundings. They are complicated subjects from the moral point of view”, explains Klimariov.

Fear of a witch hunt

Dúrov broke his silence this week on Telegram to report that the network blocked within an hour the account of the attacker who killed nine people in a shooting at a school in the city of Kazan. This type of event “should not serve as an excuse to organize a witch hunt or to turn society into a concentration camp,” he warned.

Due to pressure from the Kremlin, Dúrov left Russia in 2014 with the intention of not returning.. According to the documentary, Neo has become Morpheus, both characters from the movie ‘The Matrix’.

One in four Spanish households already has a smart appliance