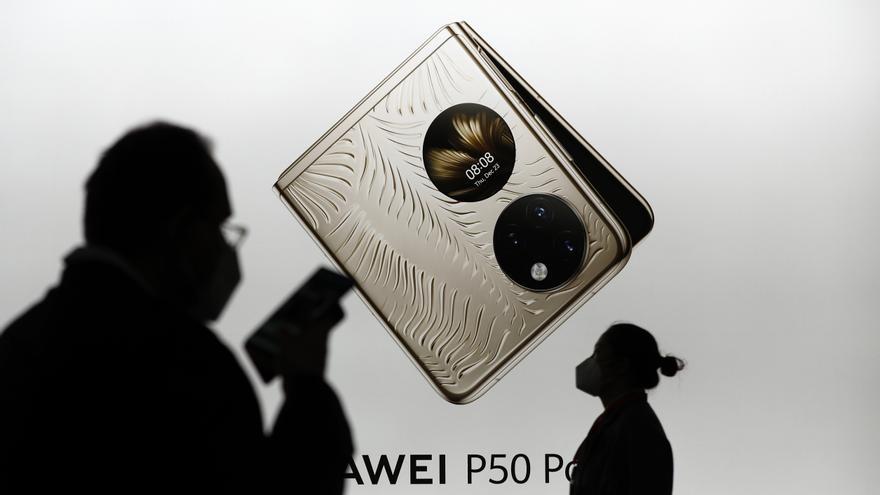 The great technological showcase of the Mobile World Congress It has opened the doors this Monday with more success than expected and less than usual, a technological display more showy than disruptive and avoiding the warlike environment that threatens Europe. Some 60,000 visitors are estimated and this Monday it seemed that they were all. Those responsible for large global operators (Telefonica, Vodafone and Telia) have been the headliners on the first day of the fair and basically coincided in two elements; vindicate the role of telecommunications operators in the digital future and in avoiding the current war in Ukraine.

The widespread anguish caused by the conflict does not stop the industry's plans to revolutionize the world to come, the world of metaverse and the extreme interconnectedness between machines and humans. The organization of the MWC released its forecasts that the investments planned by mobile operators until 2025 will reach 600,000 million dollars and that 85% of that investment will go to 5G mobile phone networks. It is a technological party that not even the nuclear threat seems to be in a position to water down. Mobile telephony must interconnect the citizens of the world, and there is still a lot of market to conquer. It is estimated that 5.3 billion people have a mobile phone, which means that 40% still do not have it.

The president of Telefonica, Jose Maria Alvarez Pallete, was in charge of opening the speeches, of greater conceptual depth than news, but without references to Ukraine. He did, he began his speech with a direct allusion to the uncertainties that surround us and to the conflict, but ignoring neither effects nor rethinking caused by the war in Eastern Europe. Nick Read, CEO of Vodafone, also tiptoed over the matter. The operators claim that their role is going to be crucial in the coming years since, hand in hand with 5G mobiles and the future 6G (still far in time) A digital leap will be possible with an unprecedented impact on society and the economy in general. "It's going to be a new era hand in hand with technology," Álvarez Pallete said. And one of the keys to strengthening this technological change must be collaboration with businesses and administrations. The investments to be made are so powerful that without this collaboration framework, future plans can falter. But Álvarez Pallete recalled that the need exists and that growth shows that data traffic on the Internet increases by 50% every year in the world.

For Read, the interconnected future will transform our entire environment. "In my opinion, we need to take the company's 'social contract' to the next level, a social contract for regional competitiveness, with a focus on Europe and Africa." For telecommunications operators, current digitization is also a fundamental tool to achieve sustainability goals. The message was that innovation and technology must be key to solving problems.