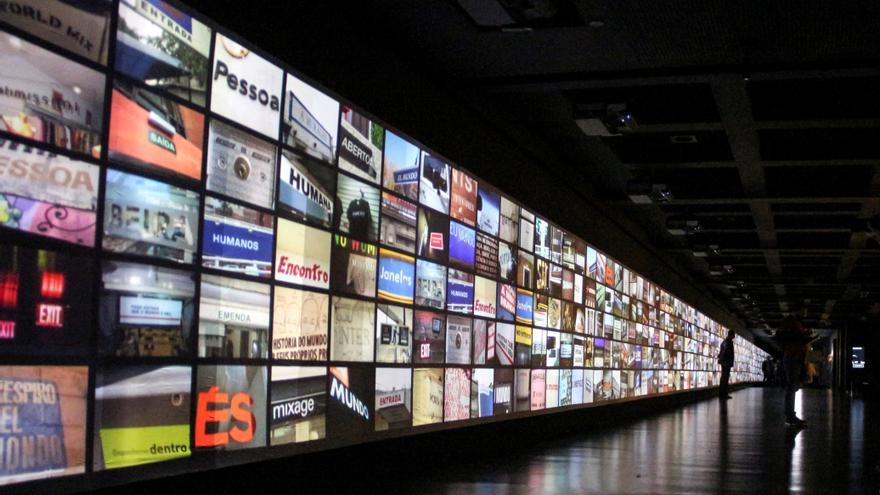 São Paulo, Jul 21 (EFE) .- The flames consumed it on December 21, 2015. Almost six years later, the Museum of the Portuguese Language rises from its ashes in the historic center of São Paulo, the largest city in Brazil. with an inclusive and social vision of the fifth most spoken language in the world.

With some 260 million Portuguese speakers spread over nine countries, there are few spaces dedicated to the Portuguese language on the planet. São Paulo’s “Estação da Luz” is one of them.

Three of the floors of this emblematic metro and train station of the São Paulo capital, originally built in 1901 and where hundreds of thousands of people pass through every day, will once again be an interactive sanctuary reserved for the language of José Saramago and Joaquim Machado de Assis starting next July 31.

The museum started up in 2006, but before the first ten years of its existence a large fire burned almost everything and took the life of Ronaldo Pereira, one of the firefighters who worked in the extinction work.

Isa Grinspum, one of the curators of the permanent exhibition, has burned that day. He was driving home when he received a call from a television station asking him about the fire. I did not know anything.

At first he thought it was a joke, then he stopped his vehicle, saw that it was true, and began to cry. “It was a very big shock, a very big loss, but it gave us the opportunity to rethink the museum, which is a unique opportunity,” Grinspum told Efe.

The collection, being almost all digital, they were able to recover it thanks to the backup copies, but the original structure, designed by the Brazilian architect Paulo Mendes da Rocha, Pritzker Prize winner in 2006 and who died this year, and his son Pedro, was lost.

The cause of the fire? A defect in one of the building’s reflectors, according to an expert report concluded in June 2019, three and a half years after the tragedy.

Today, after a serious economic crisis and a Covid-19 pandemic that already leaves almost 550,000 fatalities, the Museum of the Portuguese Language will finally be reopened on July 31 with new experiences.

Behind this milestone, there is an “intense reconstruction process” that lasted years and which was joined by artists, intellectuals and musicians, according to Marília Bonas, the museum’s technical director. Raising it again involved an investment of 86 million reais (about 14 million euros at the current exchange rate).

The place is reborn with the same objective: “Celebrate the diversity of the Portuguese language spoken around the world” through the “influences” it received from indigenous and African cultures and other peoples, such as Japanese, Spanish or Italian. , which were gradually shaping it.

A journey that begins with its origins in Latin and reaches practically today with the integration of the most varied ways of expressing oneself in this language of nearly 500,000 words, from rural Portuguese to that of the favelas, also included in the sample “Falares”.

“The idea is to propose a space for dialogue, reflection and discoveries of all that power of the Portuguese language. In the end, it is to answer ‘what does this language want and what can it do’, paraphrasing Caetano Veloso”, explains Grinspum, referring to the song ‘Lingua’ by the popular Brazilian singer-songwriter.

One of those discoveries is, for example, knowing the roots of the word “samba”, which comes from the Bantu languages.

According to the most widespread theory, it would come from the term quimbundo -a language spoken in Angola- ‘samba’ or ‘semba’, which would mean a type of dance similar to the batuque, in which the dancers collide their navels with each other. However, in recent years an etymological trend has emerged that proposes that “samba” comes from the verb (ku) samba, which means “to pray.”

In this context, the museum also addresses the history of the Portuguese from a critical point of view, especially during the bloody process of colonization in which it was imposed on indigenous people and thousands of slaves from Africa.

All this is collected in the permanent exhibition, with an intimate atmosphere and flanked by a huge screen more than 100 meters long, where proverbs, poems, advertisements and graffiti in Portuguese are crossed.