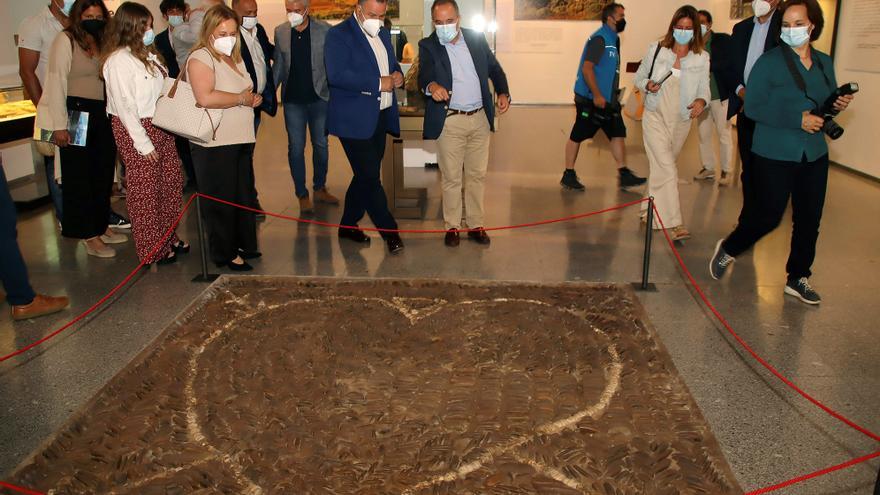 León, Jul 12 (EFE) .- The president of the León Provincial Council, Eduardo Morán, has inaugurated this Monday at the Museum of the Leonese Peoples of Mansilla de las Mulas the exhibition ‘El Bierzo es de museo’, the first of a series of exhibitions designed to publicize the culture, landscape and ethnography of the Leonese regions.

Along with him were the director of the center, Lucas Morán; the president of the El Bierzo County Council, Gerardo Álvarez Courel; and the mayors and representatives of various municipalities of Bercia who gave pieces for the exhibition, the Institution reported in a statement.

Morán recalled that León is a large, varied and enormously diverse province in terms of scenery, economics and culture, “something that undoubtedly enriches us all.”

“It is also a province in which each locality or each area is used to living its own day to day without having in view this endearing reality of different but complementary regions that have remained united over time by very social and anthropological ties. ancient “, added Morán.

In addition, he has affirmed that this great ethnographic museum, one of the best in its field in the entire northwest and with more than 7,000 pieces from each area of ​​León, is undoubtedly the best setting to show, before the entire province, the reality del Bierzo.

For his part, the director of the Museum of the Peoples, Lucas Morán, has described the museum as a “common house of the Leonese people” and has recalled the words of Julio Caro Baroja in the sense that the province of León is one of the most rich in Europe from an ethnographic point of view.

The sample, in essence, is presented as a journey through the different areas and sub-regions of Bierzo, shown on a large map, each of which has its own identifying color to facilitate the journey.

Large-format images of some of the most iconic Bercian landscapes, the work of photographer Isidro Canóniga; selected ethnographic or heritage pieces; utensils to ‘teit’ the pallozas of Ancares or mining tools together with texts by prestigious Bercian authors have shaped the exhibition.

But, in addition, in the area of ​​the chapel the section ‘El Bierzo es de cine’ has been installed, where different videos recorded in natural environments of special singularity of the Bercian region will be projected, such as the Carracedo monastery, the Valle del Silence and, of course, Las Médulas.

The inauguration was also attended by the Bercian deputies from the government team, Alider Presa, Luis Alberto Arias and Susana Folla; as well as the president of the Instituto de Estudios Bercianos, Patricia Pérez Bruzos, and the director of the Ciuden, Arsenio Terrón.