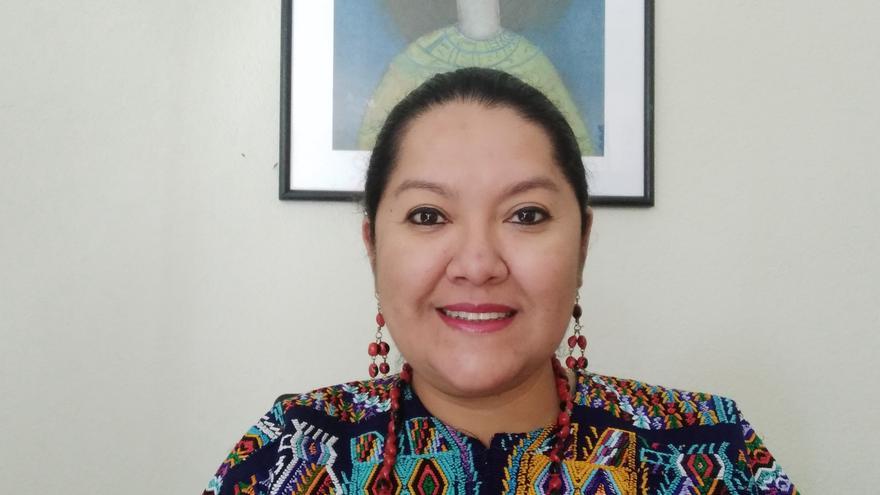 What the COVID-19 pandemic has taught us about death, mourning and loneliness is not learned in any psychology faculty. The number of deaths from the virus reaches 520,000 worldwide, a figure that scandalizes and at the same time is in danger of being considered just that: a figure. According to psychologists, this happens because society has not yet realized that it is experiencing a collective tragedy and lacks strategies to deal with pain together.

Although the health crisis has common elements with other major social catastrophes, such as cataclysms or attacks, mourning has not followed these patterns. Even less when most of the deaths have occurred in full confinement and have been left without immediate rituals of dismissal.

Mónica Pinzón, a grieving psychologist and university professor in Guatemala, is used to dealing with unfinished duels in Mayan communities that have survived internal armed conflicts and other social violence. It is also what they call there ajq’j or spiritual guide to death.

Far from emphasizing cultural differences, having a foot in each reality –spiritual and academic– has allowed her to alternate her knowledge of both without letting herself be carried away by the prejudices that she herself suffers. Aware of the taboo around death and the individualistic mourning practiced in the West, Pinzón offered a virtual conference at La Casa Encendida to learn to “collectivize the pain” of COVID-19 losses as other non-hegemonic cultures do.

How do you become ajq’ij in the Mayan culture and what is its mission?

Normally no one is named ajq’ij before you turn 50, unless you die emotionally or spiritually as it happened to me, that then you receive the rod before and it is a process that lasts nine months (13 moons in the Mayan calendar). Our mission is to share ancestral knowledge, to accompany in suffering, to communicate with ancestors and with nature and, above all, to understand life and death very well.

For example, death for the West is linear, but for the Mayans it is spiral: it is not the end but one more step towards transcendence. I think it useful to share the Mayan worldview with other peoples to see, each one from their beliefs, what alternatives are there to experiencing pain alone.

What difference does mourning in Guatemala, in the Mayan culture and in western countries like Spain?

Grief is a period of emotional adjustment that arises when faced with any loss of something or someone. That is common to all cultures. In Guatemala we know that there are different types of mourning depending on the type of death and in the Mayan culture we even name them differently: we say that it is deceased who left before time, either due to political violence or coronavirus, and the one that ended your life by natural cause. And there is a different accompaniment character that in Spain does not exist.

In Guatemala, due to political violence, we have become accustomed to watching the deceased without a body because he is missing or the State does not give it to the family. This generates an altered mourning that has required other rites that honor his memory and do not allow it to be forgotten. Thus, the energy with the deceased is restored and implies that the living is also well. There are ceremonies with fire or with kites in which we write messages. In short, we consider death from a closer and more festive place, from constant accompaniment.

In Spain, on the other hand, these rites are associated with the immediacy of death. Should we try to say goodbye even months later?

Absolutely. That is what must be made clear. A normal duel takes about two years. It is not the funeral and that’s it. People go through various phases until they assimilate it: anger, denial, sadness, depression and acceptance, and depending on the phase the rite is even more necessary to continue with our own lives.

That at the individual level, but when they talk about strategies to collectivize pain, what do they mean?

I put it in two ways: personal and social. In the first, each one always according to his referential scenario, a ritual of connection through life can be proposed: it can be literally sowing it in a tree, a flower or a seed, or making a letter that expresses the that was pending to say.

On a social level, people must be made to understand that their accompaniment is also in the collective space. In Guatemala we bid you farewell with music and joy, not tragedy. There are many social forms and each country must seek its own. But thinking about Spain, that is missing. That social connection around the dead is missing. That is why I propose an International Day of the Dead for Covid that helps society face pain. A day in which to go out to commemorate all those deaths in a timely manner. We need strong social and ritual acts.

This would require a commitment at the state level. Do you think governments are getting involved enough in mourning their citizens?

Absolutely. To start, we need a good Mental Health Law. Guatemala does not have. In Spain there is one, but it needs reforms to apply to the accompaniment of family members. But it is urgent because the mental health of the entire population is being affected and in the post-pandemic it will be even worse.

Furthermore, countries need to dignify their dead and all family members of the pandemic need to understand the truth. Their grief will last many more years than a normal grief and they must be accompanied at all levels, also at an institutional level. Just as it has been done in spaces of political violence, a national day should be dedicated to coronavirus victims, since many were also victims of health system deficiencies.

There has been much talk of regarding the dead as a number. Guatemala counts 768. Do you think that the high figures in Spain have ended up anesthetizing us?

For us, losing just one person means losing a lot on a cultural level. Since death one should all be aware of the impact that person has left on our lives. I would not look at it so much for the quantity but for the impact it has on the knowledge, knowledge and symbols that the deceased represented.

Regarding this, there is a great commotion in Spain due to the abandonment of nursing homes and the indications not to take them to hospitals. Have older people been considered as hindrances or non-productive entities that did not deserve to be treated?

In the Mayan worldviews of deep Guatemala, the grandfather is conceived as someone sacred, as the opportunity to continue knowing. It is invested with affective and symbolic power. His loss is very great because that knowledge is lost if he did not have time to share it. The voice and authority that white hair has for us is valuable and, in psychology, we say that reciprocity is affection.

Another thing is that in Guatemala policies, laws and states of emergency are not directed towards the elderly. Neither children nor women. It seems that it reaches a single productive or economically active group. It is a very hegemonic and monocultural view that further violates our rights.

In fact, the work of care during the pandemic and in normal life has fallen on the shoulders of women. Does the same happen with pain management in case of loss?

The pain has also always been on the back of women and you have to deconstruct it and release that burden. It is part of the patriarchal structure by which the selfless and passive must be. Symbolically, placing overwhelmed suffering on our shoulders also sends the message that we are the ones who need the most protection, when in fact we are the ones who support everyone else. We must question the figure of woman as that being for the other and not for herself and empower ourselves in our own pain.

Another burden of mourning in this pandemic has been guilt. What strategies do you recommend to release it?

Guilt is very dangerous. When you think you have released it from the back it is placed in the heart. At the cognitive level, there are different processes to release that emotion, such as sounds, music or empty chair therapy, to speak to and apologize. In the Mayan tradition we do it through the fire ceremony, which is a strong moment but which immediately resolves the pending. Also the bathrooms with white flowers. We work guilt with the body, spirituality and with the connection with the dead.

Can returning to the “new normal” after the state of alarm can trigger feelings of denial or naturalize death as if that person had never been?

Just Pauline Post talks about the ambiguous loss that comes from not closing. In social psychology we say that it is an altered duel. It usually occurs with a premature or surprise death after which the person continues with her life when she cannot fire the deceased. In this scenario, not only trauma and shock come into play, but an altered mourning that must be dealt with from the psychosocial and spiritual plane. But you have to be careful with the latter because some religions reinforce just what you don’t want to happen: guilt.

I am thinking of some expressions of Christianity or the Catholic religion, which reinforce the idea of ​​sin or hell. Is that what you mean?

The Maya don’t understand us. They treat us as sorcerers and sorcerers, as in the days of obscurantism, but we are very open to listening to other beliefs and sharing our knowledge with all of them. I highly respect all religious expressions, but I do not share the ideology that some also have. Religion should pose death as the place where the deceased or deceased is walking in peace and not as being trapped in limbo or going to hell because he was a bad person. That only puts a load of anguish and tragedy on the living who watch over him.

Finally, in the face of this social distance imposed in mourning, without hugs or kisses, how do you propose to supply it?

It is one thing that we are distancing ourselves for obvious reasons from the virus and another is isolating ourselves. You have to separate it. To distance is not to isolate yourself, it is to live in a different way. Right now everyone has a phone and I think the human voice has tremendous healing power. And, when all this is over, there are to call events and create languages ​​that connect us. You have to start speaking from the body with affection.

The virus is also controlled from home