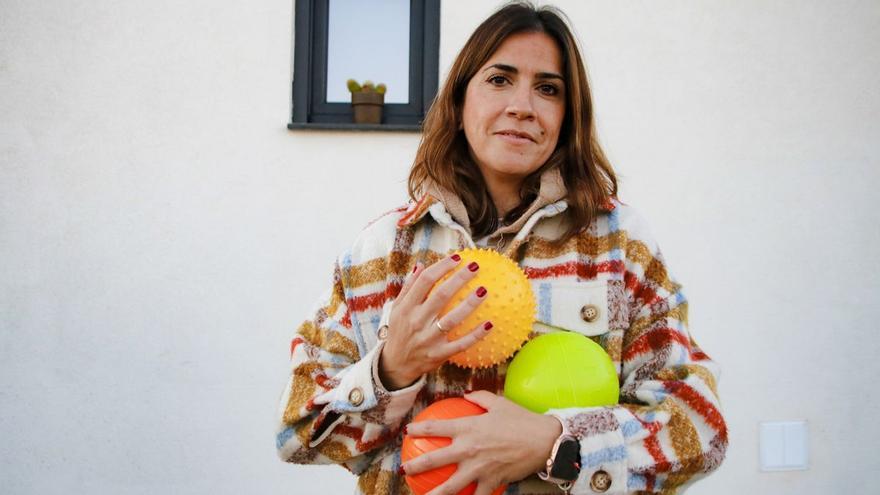 "I wanted to report an unfair situation". This was the purpose of Fátima Rubiales, the woman from Cáceres who this week has made visible in the first person a problem that affects all families with infected children throughout the country. your testimony, collected by El Periódico Extremadura, has generated a great impact on public opinion, in the media and on networks and has opened the debate on the legal limbo in which mothers and fathers and legal guardians find themselves to reconcile with the changes in the protocol, since they are not considered close contacts and therefore, they do not have the right to take sick leave to take care of their children if they have coronavirus.

The day in which the woman from Cáceres denounced her case, her 5-year-old daughter had just tested positive and she expressed to this newspaper her "anguish" at not being able to reconcile her care since the little girl had to remain isolated at home and she had to go to her job. She has a job facing the public in a store of the Inditex firm, therefore, she had no option to telework nor the alternative of leaving her in charge of her grandparents due to the risk that they could get infected. "One of my children has Covid and they send me to work, I asked for a receipt but they told me no", he lamented.

Given that circumstance, told the company that she would not go to her post until the end of the week at the risk of being reprimanded. She already combines the care of her three children aged 10, 5 and one year with a reduced day. Finally, this Friday he went back to his post and completed his shift from 10 to 13:30. He did it, he acknowledges to this newspaper, backed by the barrage of signs of support he has received in recent days. "I am super grateful and I have felt super protected, I have had a lot of support", manifests. In fact, among the numerous gestures of support he has received are that of the extreme singer Soraya, who has shared his testimony on his networks. He also regrets that, although it has been a minority, he has received criticism from people who have questioned whether the father could not take care of the minors. "I don't have to justify myself, we take the conciliation to fifty percent," he says.

At the moment, the company has not commented on his situation. This newspaper asked Inditex if it contemplates this type of case and if it has any conciliation formula in the pandemic, but it has not answered the questions. Rubiales does specify that his case is on 'stand by' and proposes as the last trick to take advantage of the Me Care plan designed by the central government that allows requesting leave of absence in this type of situation. Regardless of the consequences that may have been absent from his post, expresses his satisfaction both with the general reaction and with his decision to make his complaint public. "I have stood up, we must have courage and tell it because we cannot allow this to continue like this, politicians will have to legislate a law that protects this situation", he maintains.

Like Fátima, in Cáceres they go through the same situation the families of 456 schoolchildren between the ages of 5 and 14 who have tested positive in the last week. Minors must remain in quarantine for at least a week without the law protecting their parents from staying at home in their care if they test negative.

This conciliation problem extends to the country and already has complaints at the national level. In fact, the first cases have already reached the courts and the courts have already issued the first rulings in favor of the relatives, the most recent being that of a court in Logroño that recognizes the right of a father to miss work to take care of his son while he was in quarantine.

Parallel to the public denunciation of the woman from Cáceres, at the national level the Bad Mothers Club has initiated a campaign on the Change.org platform that already collects 260,000 signatures to ask the national government to approve sick leaves and request financial aid for care for self-employed family members and facilitate the adaptation of the working day.

In the same way, the unions demanded a solution, which were pronounced a day after Fatima denounced. Both USO and the federation of independent education unions released a statement 24 hours later showing their solidarity and calling for conciliation measures. Two days later, Anpe did the same, which in the same way claimed an alternative.

At the moment, the woman from Cáceres maintains her uncertainty but does not back down. He intends a letter to the Board to show his discomfort at the inaction in a situation that affects hundreds of families in the city. "Once I've started it, I'm ready for anything", he concludes.