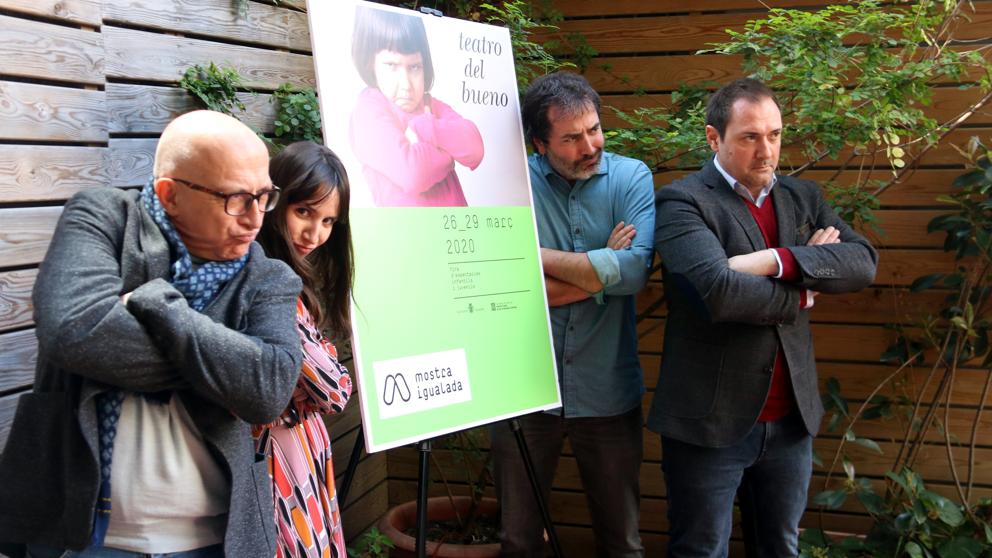 The Mostra de Igualada, forced to lay off his 31 edition due to the coronavirus, will transfer part of its programming to Youtube. ‘La Mostra en casa’ is the proposal presented this Wednesday and which consists of being able to enjoy 17 shows, 2 shows summarized Y 24 clips or interviews of family productions that were planned in this year’s contest. The contents will be published during the next weekend, March 27-29, days when the capital of Anoia had to host its appointment with children’s and youth theater. The videos will be available for another week, in order to contribute to home confinement.

The videos will be published according to an hourly grid that can be consulted on the Exhibition website and will remain active in the Youtube channel one week. This grill also indicates the recommended ages for each of the shows. One of the novelties of the 31st edition was the expansion of the programming of shows for children from 0 to 3 years old, as a result of the high level of proposals received in this age group.

Among the 17 shows that can be seen on YouTube there are two international shows, The Ingenious Gentleman Don Quixote de la Mancha from Little Soldier Productions and Full circle from Avanti Display.

Some of the shows available will be Musicals pels més menuts from Concerts pels més menuts, Full house from Eléctrico 28, The smallest house from Yarleku Theater, Bloop! from Cia. Pep Bou, Where the tales go Claroscuro Teatro, Conserving Memory from El Patio Teatro, Journey to the end of the night of Project 43-2, On vas Moby Dick? of the Center de Titelles de Lleida, Nautilus, 20,000 llegües de viatge submarí from La Negra, She ballads of the Dead Moskites, Txema, The Postman from Txema Muñoz, Yee haw from The Other Band and Possê of Sound de Secà.

In addition, it will be offered Degenerate a lot of the XL and Monster. Close nobody is normal of Tantarantana and Arsénico Creaciones, at a more nocturnal time, according to the public to which it is addressed.

As for the summarized shows, they can be seen Geometry from Roseland Musical and Volatineros Nostraxladamus, as well as a series of clips or interviews from other companies, among which stand out On the way to school from Campi Qui Pugui, Orbital from Farrés Brothers i cia, Quantina Valentina from Cia. Anna Roca, Hamelin from Xip Xap and From cap per avall by Ambauka, who will premiere her new video clip