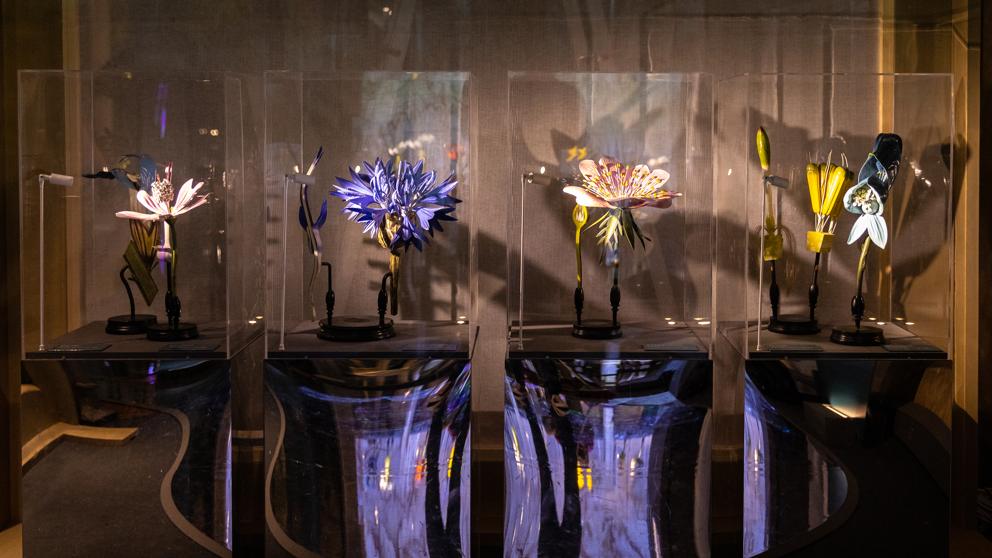 Florence the commemoration of the 500 years after the death of Leonardo da Vinci in style, making known a new interpretation of the vast work of the author of the Gioconda which goes beyond its artistic side and brings it closer than ever to the world of science. This innovative optics goes beyond its well-known studies and experiments that cover a broad spectrum of disciplines such as civil engineering, hydrodynamics or anatomy, just to name three.

After a decade of research, Austrian physicist Fritjof Capra has reached a conclusion: the Tuscan genius was a pioneer of systemic thinking. That is to say, "I understood nature as a large connected network of interdependent elements," he explains before stating that "he never studied an isolated phenomenon, he always took into account how it linked to other phenomena to understand it," which is especially inspiring today after. that modern science lost this conception "in the 50s and 60s of the last century to resume it in the most recent studies."

Capra intuited this way of understanding Leonardo's world through his drawings but it was his writings that led him to this conclusion. In the book Leonardo and the Botanica (edited in Italian by Aboca) delves into this new vision of Leonard and explains both botanic studies, little known and, instead, very visionary of the artist.

“I understood nature as a great connected network of interdependent elements”

These concepts support the exhibition The botany of Leonardo which opens its doors until December 15 at the Santa Maria Novella complex in Florence and that next year will start a European tour in Brussels. "We crowned the celebration through a new, unprecedented and complex vision of Leonardo," explains historian Valentina Zucchi, coordinator of the show and member of Mus.e, the entity that drives the Florentine civic museums. "It is not a tribute, but another way of discovering it," he adds.

The large cloister and the old dormitory of the nuns welcome this Leonardian universe, which raises not only how he conceived the system of relations between the different elements of nature, including the human being, but also the indissoluble union between art and science. Through an immersive tour with interactive installations and three original manuscripts of the Atlantic Codex, the artist's systemic thinking is broken down and some of his contributions to botany are made known. For example, he studied philotaxis, that is, the rules that determine the arrangement of leaves on a branch; or dendrochronology and dendroclimatology, which correlate the concentric growth rings of a tree with chronological and atmospheric time.

His method was based on observation and experimentation, which, for the reference in plant neurobiology Stefano Mancuso, places him as "the first modern scientist 100 years before Galileo Galilei". Penetrate his thinking, "allows us to understand natural intelligence in the era of artificial intelligence," adds the author of The incredible journey of plants (Galaxia Guttenberg) and member of the team of curators of the exhibition, also composed of Capra and Valentino Mercati, founder and president of Aboca, a company healthcare Tuscany that has organized the exhibition together with the City Hall of Florence and Mus.e.

In the cloister, huge polyhedra receive the visitor, and not as a symbol of Leonardo's multifaceted talent. These are designs made by the artist himself to illustrate the work From divine proportione by Luca Pacioli, which includes a mathematical study of the golden ratio and an analysis of Vitruvio's work where he compares the proportion of the human body with artificial structures. The quadrature of the circle is almost served.

At the end of the exhibition, an immense dodecahedron, which symbolizes the entire universe, invites visitors to place themselves inside, such as the Vitruvian Man drawn by Leonardo. In this way, everyone can leave after experiencing what it feels like to be part of a single connected and constantly moving entity, just as the Florentine genius conceived of life and nature.

A place of peace for a great battle

The space that hosts the exhibition The botany of Leonardo It is not casual. More than five centuries ago the steps of the famous artist resonated through the cloisters of Santa Maria Novella. Here he worked during his last stay in the city, when he began painting the Gioconda, although he ended up temporarily leaving the table to attend another more important assignment: the realization of the battle of Anghiari to decorate one of the immense walls of the Cinquecento hall of the Palazzo Vecchio No resources were spared so that Leonardo could complete his great work. Installed in the room of the Pope of the monastery, sufficiently spacious, he made in this place at least one of the preparatory cards. He even started painting the scene. Always willing to experiment, he tried a technique similar to the enchantment to fix the colors by exposing the heat of the fire. But the result was not as expected and ended up abandoning the project.