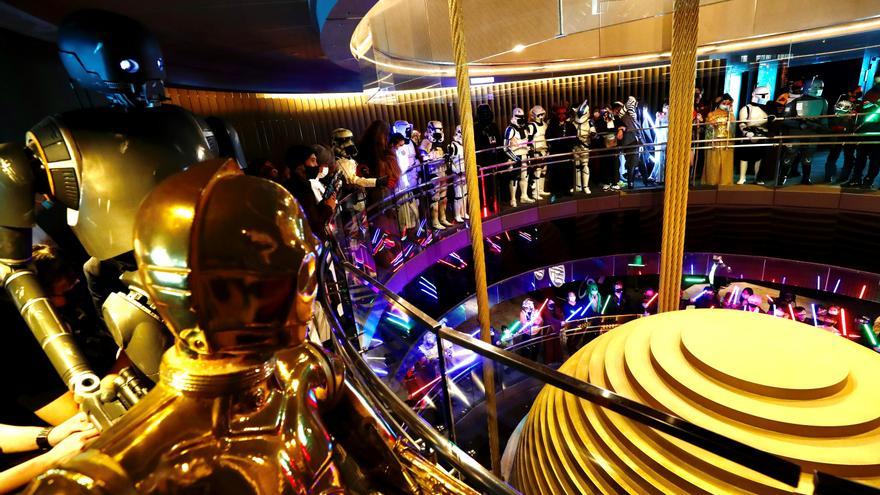 Madrid, May 4 (EFE) .- Rebels, problematic, violent and explosive, this is how the members of "Star Wars: The Bad Remittance" are, a troop of clones, in the words of their chief writer and executive producer Jennifer Corbett, "defective and that they have developed a series of skills and capacities above their counterparts ”.

The date chosen for its premiere on Disney + is a wink for fans of the galactic saga, since May 4 is known as "Star Wars" day, taking advantage of a play on words in English. "May the Fourth" (4th of May in Spanish) sounds very similar to the beginning of "May The Force Be With You", the famous phrase "May the force accompany you" popularized by the George Lucas tapes.

The animated series Dave Filoni - creator of "The Clone Wars" - tells the story of the so-called "Clone Force 99" and will focus on the missions of this unique squad that differs genetically from the others and has exceptional ability. that makes them extraordinarily effective soldiers with an unbeatable team.

The deformities of these clones - presented for the first time in "Star Wars: The Clone Wars" - give each one a unique appearance and personality, and although during the Clone Wars they worked alongside the Republic, now they go on their own intervening in the conflicts that they consider unfair.

“It was interesting to talk about the transition from the Republic to the Empire, because that's how we lived it in the original trilogy, where the Empire ruled. When I was with the script I realized that it was necessary to show planets and places that were happy that the war was over, and that in turn did not understand the implications of what the Empire really means, ”says Corbett.

A total of five elite soldiers, each with a unique ability, feature the same voice actor: the famous Dee Bradley Baker will voice Hunter, Echo, Tech, Wrecker and Crosshair, that is, the entire bad batch.

Clone Force 99 has Hunter as its leader, “a strong and stoic soldier who has the ability to track, a developed sense of smell, and a keen sense that helps him measure the terrain.” Next to him is Echo, a modified clone that He was rescued during the Clone Wars, and stands out for his powerful tactical and military sense, as well as for his cybernetic arm, key to interacting with all kinds of computer systems.

“Crosshair is the sniper of the group. He is the character who most opposes the opinions of the rest, he is quite interesting in terms of dynamics. For his part, Wrecker is pure muscle, someone who enjoys breaking things. And then there's Tech, the brain of the group. He is a specialist in weapons and computers, he always has a device in his hands ”, explains the voice actor about the characters.

Bradley Baker points out that giving the voice to these five clones was "complex", since "each one is very different from the other, has a different ability and that vocally also has to be noticed", but, in turn, recognizes that it has been a "very funny" dubbing.

“To me, it looks like a magic trick. Switching from character to character as we went through the script was great, ”he adds.

Something that the characters in "Star Wars: The Bad Consignment" will have to deal with is that being a team does not mean that they always get along: “They are going to have to figure out how to live together, and they do it not because they are forced to do it, but because they want to, ”says Brad Rau, another executive producer. "As the series goes on, we get into that a little bit more and I really think that's the heart of the story," he adds.

Corbett served in the US Navy, so her experience helped her understand the dynamics within the squad. “Living indoors with people in high stress situations creates a family bond. No one comes from the same background, they all have different reasons for doing what they do and that is family dynamics in real life, ”he argues.

Lucasfilm's animated original series for Disney + will have its debut this Tuesday with a special 70-minute premiere, which will be longer than the other 13 that make up the series (which has a total of 14 chapters) that will be around half an hour . Starting on May 7, a new episode will be released every week as the platform has been doing.