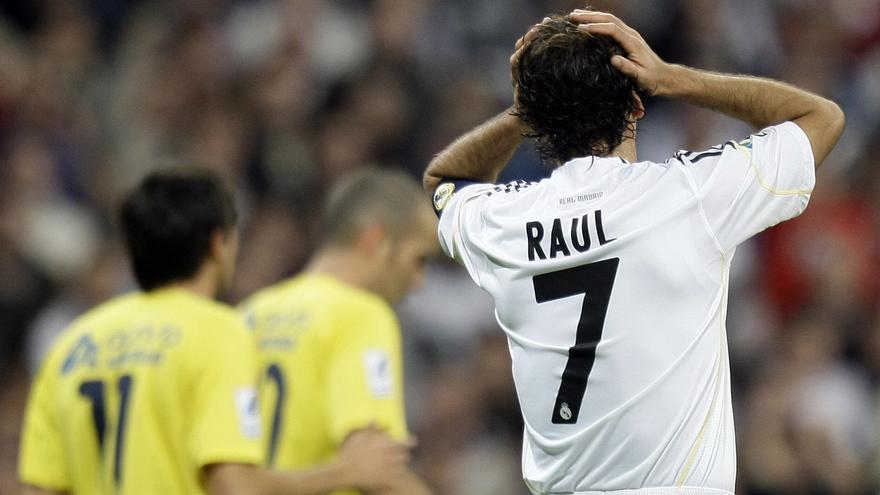 The Copa del Rey it’s here. After the matches of the preliminary phase were played this Wednesday, this Friday the draw for the first round takes place, in which all the teams from LaLiga Santander, except for the four participants in the Spanish Super Cup: Real Madrid, Barcelona, ​​Atlético de Madrid and Athletic Club. The Primera teams want to meet expectations and shine in a tournament that has gained in excitement with the change in format. Most professionals in the soccer, journalists and fans value very positively that the rounds are played in a single match, turning each match into a final.

The KO tournament becomes the perfect setting for David to finish off the giant Goliath. The most humble teams face the competition armed with the illusion of showing that they can compete with the best. On the contrary, the favorite teams take advantage of these matches to rest their stars and offer opportunities to their younger and less habitual players.

All of these ingredients have allowed some modest teams to write their own page in soccer history. Memorable performances by the weakest were recorded in the memories of the fans. The ‘Alcorconazo’, the Mirandés by Pablo Infante, the Figueres or the ‘Chéryshev case’ are some of the most remembered feats.

One of the great chimes in the history of the Copa del Rey was starred by a humble Alcorcón, who thrashed the Real Madrid by Manuel Pellegrini when we have the information. The potter team, who played in that season 2009-2010 in Second Division B, overwhelmed Madrid in the first leg played in Santo Domingo, with a resounding 4-0. The whites were far from coming back at the Bernabéu (1-0). What happened on that October 27 would be remembered as the ‘Alcorconazo’.

Six years later, another yellow block would be in charge of taking Real Madrid out of the competition against all odds. Cádiz, also from Second B, put an end to the career of the men of Rafa Benitez in a tie in which the joke and joke typical of the people of Cadiz were not lacking. The Chamartín club was eliminated by improper alignment and the originality of the Carranza bleachers exploded: “Cheryshev, I love you”, “Benítez look at Twitter”, “Take Cheryshev out”. The meringues took the victory by 1-3, but the judge ruled their elimination for aligning the Russian footballer when he dragged a sanction for accumulating cautions.

The white club replaced Cheryshev after realizing that he was carrying a penalty for accumulating cautions with Villarreal. Reuters

The last traumatic episode of the white team took place last season, when said goodbye to the competition in the round of 32 against Alcoyano by 1-2. The new cup format deprived the set of Zinedine Zidane of the opportunity to come back in the second leg.

But the debacles of the meringues in the KO tournament go back much further. At the beginning of the century, Madrid, with Vicente del Bosque on the bench and footballers of the stature of Hierro, Iván Campo, Morientes or Savio Bartolini, were eliminated in a single match against him CD Toledo by Segunda B.

It would be in 2008-2009 when they would stumble again against a team of the same category. In this case, it was a Royal union who got rid of the meringues 3-2 at home and was defeated 4-3 at the white coliseum. The double value of the goals away from home made the Irundarras go down in the black history of Real Madrid.

The King also bites the dust

With 31 titles adorning its windows, the FC Barcelona is the King of Cups ahead of the Athletic club (23) and Real Madrid (19). However, the culés have also fallen with a crash against humble rivals.

A goal from Kali Garrido in the first minute of extra time granted the pass to the Joined Esportiva Figueres and fired in the 1/32 final to a Barça that had in its ranks with figures such as Puyol, Xavi, Overmars or Saviola. The Second Division B team continued to advance in that 2001-2002 season to the semi-finals of the tournament.

A year later, the Barcelona team saw the nightmare repeat itself. This time the executioner was a Novelda that on that September 11, 2002, he occupied the last place in group III of Second B. With Louis Van Gaal at the head of the bench, the Catalans fell 3-2 at the La Magdalena stadium against the Alicante team, which would go home in the round of 32.

Louis Van Gaal was directing the Barça team when they fell to the Alicante team. File

In the following campaign, the Barça team lost in the quarterfinals to Real Zaragoza that would become the champion, but in the 2004-2005 edition, once again, the Catalan team would suffer a hit to remember, this time against the Gramenet. With a very young Leo Messi on the pitch, Rijkaard’s Barcelona, ​​who came as leaders in the Champions League and in the league, succumbed in extra time against another team from the bronze division.

And although perhaps it was not such a notorious setback due to the entity of the team since it occurred in the semifinals, in the 2006-2007 season the Barça ended up eliminated after going back Getafe a 5-2 against. Despite the surprise, what would truly go down in history would be the masterful play of Leo Messi in which he emulated Maradona to score one of the many that would remain for posterity.

Perhaps the following teams were not the protagonists of great bells against the giants of the competition, but they did leave their mark as revelation teams that dazzled a large part of football lovers.

Among them we can find Mirandés, which in 2011-2012 beat three Primera teams: Villarreal, Racing and Espanyol. With Pablo Infante As captain, Miranda de Ebro’s team put Anduva on the football map. It was Athletic Club, in the semifinals, that ended the dream of that team, which three months later would achieve promotion to the Second Division.

Pablo Infante became the hero of Miranda de Ebro and led the ‘jabatos’ in their cup adventure. Reuters

Already as a team more established in LaLiga SmartBank, Mirandés returned to stand in the semifinals of the tournament by eliminating Celta, Sevilla and Villarreal. It was another Basque team, this time the Real society, which would end up taking the trophy home, the one that put the end to the adventure of the Castilian-Leonese.

Another team that wrote a magic chapter was the CE l’Hospitalet, which in the 2001-2002 campaign reached the round of 16 after eliminating Real Sociedad and Logroñés. However, the Deportivo de la Coruña, at that time one of the greats of Europe, refused to play on the artificial grass field of the Catalans and qualified without having to compete.

The Guadix, bottom in his Second B group, eliminated Valencia runner-up in the Champions (6-5) and seven years later the Poli Ejido He did the same with another semi-finalist in the Champions League: Villarreal (5-0).

Already in the last century, the modest Numantia he made his fans vibrate by eliminating three Firsts: Real Sociedad, Racing and Sporting. It was the mythical Barcelona of Cruyff that put an end to the adventure of the Sorianos.