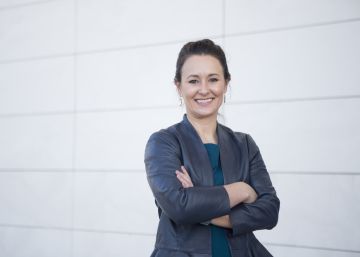 The battles that are won against cancer they are not exactly epic. In front of a pill or a combination of treatments that offer a total cure for the multitude of diseases that are included under the name of cancer, it has long been known that advances are usually progressive and are achieved in some types of tumor, by groups of patients and with successes that, in many cases, are ephemeral and require a new treatment to continue gaining time.

Loretta Nastoupil, director of the Department of Lymphoma and Myeloma of the MD Anderson Cancer Center at the University of Texas at Houston (USA), works with a type of therapy that has achieved spectacular results for some patients with some types of cancer. After chemotherapies, which involved a first phase of low-specific treatments half a century ago, and monoclonal antibodies, which have allowed blocking specific mutations, immunotherapies, which help the immune system to repel cancer progression, have given hope to some tumors where they did not exist.

The CAR-T, with which Nastoupil works, who recently participated in Valencia in the National Congress of the Society of Hematology and Hemotherapy, are among the most sophisticated of these treatments. The technology, which is currently used in blood tumors such as lymphoma or myeloma, is to extract white blood cells from the patient (T lymphocytes) to take them to a laboratory and introduce a modification that allows them to recognize their specific cancer. These types of treatments, like all experimental treatments, are offered only to people who have not responded to conventional medications. About 40% of these patients who had no hope are cured with this immunotherapy. Nastoupil points out that until the arrival of the CAR-T "I had not seen anything so transformative" because now there is "a possibility of healing that did not exist before."

For now, in Spain this treatment is approved for two types of rare blood tumors and could be applied to about 300 people a year. With a cost of about 300,000 euros for a treatment that is unique, it would mean about 60 million euros. Nastoupil recognizes that CAR-T have two faces. On the one hand, its price means that, if its application is extended, they can be a headache for those responsible for administering funds dedicated to health. However, "as a doctor, I have a curative option available to my patients that I did not have," he says, and it is possible to save people who were evicted, something difficult to value economically.

Despite the high percentage of effectiveness, Nastoupil does not consider it necessary to consider applying CAR-T in the early stages of lymphoma treatment. In the case that can be treated with this immunotherapy, "60% are cured with a combination of chemo and first-line immunotherapy," says the researcher. "Among patients who do not heal, depending on when they relapse, 20% do well with standard therapy," which is usually a combination of chemotherapies and a stem cell transplant.

The new treatment has come to help those who did not respond to these treatments, but Nastoupil believes that it could be introduced in previous phases. “It has now been approved for patients who have failed in the systemic lines of treatment. Patients usually receive about three prior treatment lines before receiving CAR-T, but we know that if it was introduced before, just after two treatment lines, it could be a more effective strategy, ”he says.

In Spain, at the moment, about 300 people could be treated per year

At the moment, solid tumors, such as those affecting the liver or lungs, are a more complicated goal for CAR-T. "You have to be more selective with the location if you don't want to damage any normal tissue, because once you give them a target to attack they are very effective and that narrows the application a lot," says Nastoupil.

For now, the Spanish Ministry of Health, Consumption and Social Welfare has approved two such therapies: Kymriah, from Novartis, and Yescarta, from Gilead, which organized the symposium in which Nastoupil participated in Valencia. In both cases, given the costs of therapy, it has been agreed that the State and the pharmaceutical companies share the risk of the treatment, receiving the full price only when the survival objectives are met. To try to create more affordable alternatives, an institution like the Hospital Clinic of Barcelona has developed its own version of this type of treatments with a much lower cost, of about 50,000 euros.

In a treatment as new as CAR-T, there are still unknowns to solve. On the one hand, the survival time reached, which in the follow-up of the first treated patients has already exceeded three years. On the other, the control of side effects, which in some cases can be serious, but acceptable if the alternative is taken into account. In any case, about costs or risks, Nastoupil concludes that "they are worries that with therapies that cure are worth having."