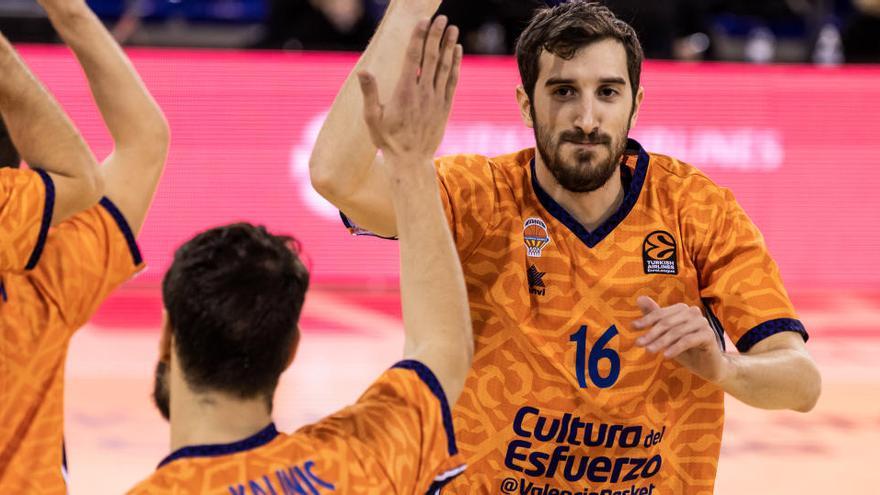 The most coral Barça ended a streak of three consecutive defeats in the Euroleague and blocked Valencia Basket (89-72), who at the Palau Blaugrana could barely stand up to the defensive intensity of the Barça team.

Despite the casualties of Nikola Mirotic, Brandon Davies, Víctor Claver and Thomas Heurtel, the Catalan team recovered the best sensations since team play. Proof of this was that up to five players -Abrines (16), Hanga (13), Higgins (13), Smits (10) and Sergi Martínez (10) – surpassed the ten-point barrier.

At Valencia, only inside players Louis Labeyrie, the match’s top scorer with 17 points, and Mike Tobey (14) took advantage of their rival’s losses.

Despite the circumstances, Barça started connected, especially in defense. He drowned Valencia in the first fifteen minutes, without superiority in the paint or success from 6.75 meters.

To this were added the losses of the ball -nine after the first twenty minutes- and the problems in controlling the Barca offensive rebound. Thus, Jaume Ponsarnau’s team stayed at 12 points in the first quarter, when Barça entrusted Cory Higgins to seal a first lead (18-12).

The second quarter was a roller coaster. Leo Westermann made his debut at Barça, who finished the duel with 5 points and 4 assists, but the protagonist was Adam Hanga. Magyar’s triples -three out of four attempts in the first half-, two more by Álex Abrines and the claw of Sergi Martínez pushed the Catalans to a sixteen-point lead (38-22, min.17).

Valencia survived thanks to Louis Labeyrie’s triples. The appearance of the French pivot – eleven points in the first half – gave air to his team that, in the last three minutes before the break, chained a 0-11 run after a very irregular first half (38-33).

In the resumption, it seemed that Valencia would complicate things for Barça with a very active Kalinic taking advantage of the pairing with Sergi Martínez (40-37, min.22), but the Barça defense prevented the orange attack from continuing.

The visitors increased the defensive intensity and the fouls penalized them. Barça could go early to the free throw line and, between the triples, and Oriola’s offensive rebounds, he faced the last quarter with relative calm thanks to a final triple by Álex Abrines (67-54).

Barça’s solidity was maintained in the last ten minutes. Valencia, very hasty, based everything on the talent of Derrick Williams and Klemen Prepelic, very unfortunate, and were not aggressive enough in defense.

With a very awake Abrines and a great defense, Barça got the game on track with six minutes to go (77-58). A balsamic victory for Jasikevicius’ team, who are at the top of the table with 12 wins, two more than Valencia.

Incidents: match of the eighteenth round of the Euroleague played without an audience at the Palau Blaugrana.