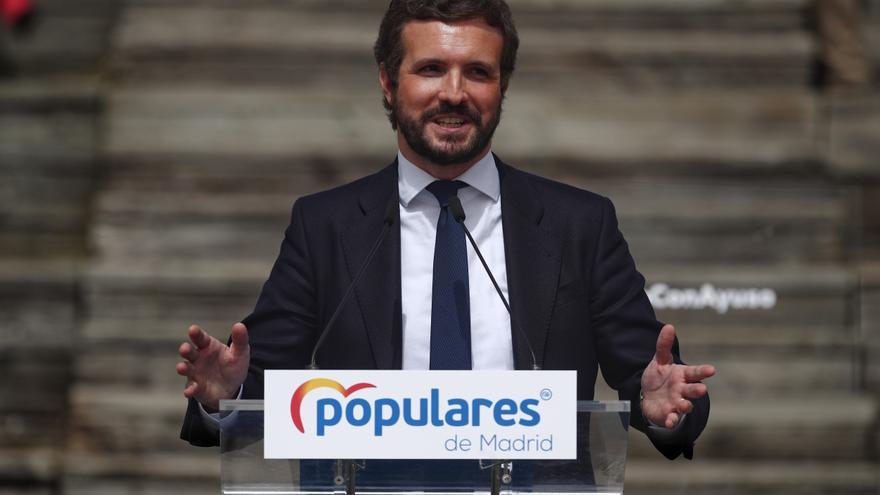 The leader of the Popular Party, Pablo Casado, assured this Tuesday that the President of the Government, Pedro Sánchez, "has been obsessed with Madrid since he arrived at Moncloa" in reference to the "attacks" that the Executive has launched against the president. regional, Isabel Díaz Ayuso. In any case, he has issued a warning: "The more they attack Madrid, the more the people of Madrid support us"

In an interview on Telecinco, the leader of the PP has insisted that "Ayuso has shown that he is in the important things: creating jobs, lowering taxes, making quality public health work", in front of a government whose management of the pandemic has crossed out as a "disaster". That is why he has trusted that Ayuso will win the next Madrid elections on May 4. In addition, he has said that he does not believe in the promises of the socialist candidate, Ángel Gabilondo, that he will not raise taxes: "The PSOE has been saying for three years not only that it was going to raise taxes in Madrid, but that they were going to force Ayuso to to raise them. They have no credibility, "he said.

As for the polls that point to a clear victory for the PP in Madrid, Casado has insisted on asking for the useful vote for the popular even at the risk that, as the polls point out, a fall in Vox does not allow the right to join to govern community. "When the voters unite in the PP is when we will throw out Sánchez de la Moncloa," he said. In addition, in his opinion, "the voters of Ciudadanos and Vox have realized" that the only way to win the left is by voting for the PP.

Casado believes that the PP is "very good" at the level of electoral support and is in a situation of "technical tie" with Sánchez's PSOE. However, the CIS poll published on Monday is not believed, which, although it indicates a clear victory for the PP, also points to a tie between left and right in Madrid. "If it were for the CIS of Tezanos, neither Almeida, nor Ayuso, nor Juanma Moreno would be ruling ... This is not seen in any serious country in the world, it is at the service of the PSOE," he denounced.

The leader of the PP has not clarified whether he would support a new state of alarm and says that the current one "only" has served to break down doors. Likewise, Casado has demanded from Sánchez a full monographic in Congress on employment