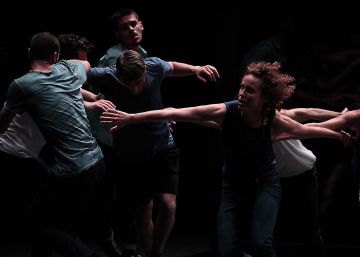 The Seville Dance Month Festival has been suspended after 26 editions and next autumn there will be no international contemporary dance shows in the Andalusian capital after a quarter of a century of travel. The financial suffocation of the contest, caused by the non-payment of the Administrations – with the City of Seville, the Andalusian Board and the Ministry of Culture at the head – has caused the management to have thrown in the towel after undertaking too many “unassuming” economic risks . In the last edition with 8,000 spectators, the entity that organizes the festival, Trans-Forma, advanced 100,000 euros without knowing when the approved subsidies would arrive. An economic risk alien to the tables, which keep more than 50 national and foreign companies every fall for 13 days in the streets and theaters of Seville, with a cocktail of current absolute premieres and cycles in the streets.

“Politicians can promise me gold and Moor, but the administrative machinery does not have the mechanisms to be agile. I’ve been thinking for 26 years that it’s possible, but it isn’t. The degree of uncertainty and risk has reached such paroxysm that we cannot face a new edition, ”summarizes María González, artistic and production director of the event.

The last budget was 168,000 euros, contributed mainly by the Sevillian Consistory (75,000), the Ministry of Culture (42,000) and the Ministry (25,000). “The budget is ridiculous and worthy at the same time, but it is unsustainable by the procedures. I am accountable, of course, but the auditors have a very restrictive interpretation of the Subsidies Law and those behind us go crazy. Each Administration has its controller, and there is a serious problem of lag when working with the firm after the activities and going to the justification account, ”González points out.

The Seville City Council alleges that without approved budgets, the law has forced them to delay the payments of the last edition. “By law the nominative subsidies cannot be extended, so we made budgetary modifications and this caused delays in payments. I would like to change the rules, but we have not set the rules of the game, ”argues the councilor of Sevillian Culture, Antonio Muñoz. The Consistory ensures that its investment of 75,000 euros will be used for a dance program outside the festival, with a format pending to be defined. “We hope that the artistic direction of the festival will bring it back in 2021,” says Muñoz.

“It is a fundamental problem and politicians are aware. We are all holding on until it can’t stand. It is an x-ray of how culture works in Spain, with only some communities that are saved with more effective mechanisms, but they are exceptional cases, ”González concludes. And about Month of Dance, it illustrates: “It covers the Administrations the responsibility so that we only talk about a see you soon and not a see you forever”.