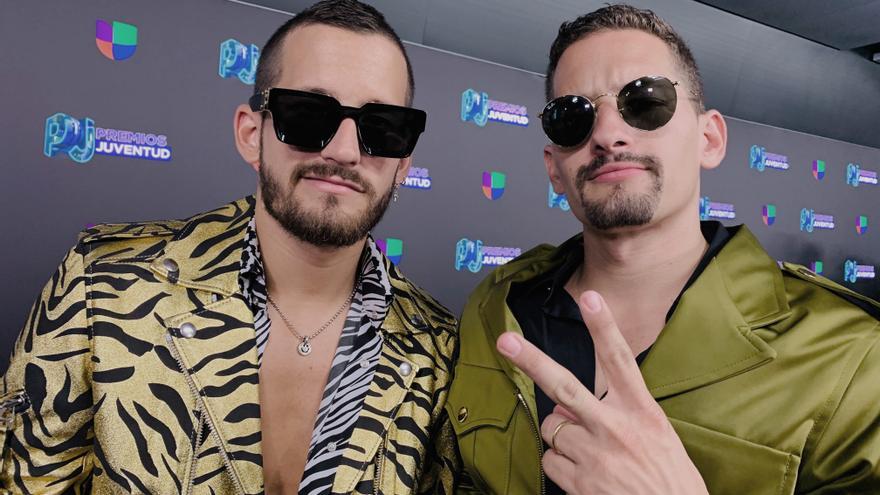 Miami, Apr 19 (EFE) .- The Montaner family will have its own “reality” series, in which Evaluna and Camilo, Ricky and Mau and their partners and the patriarch Ricardo Montaner and his wife, Marlene Rodríguez Miranda will participate, reported this Monday the NTERTAIN company, which develops the project.

Ricardo Montaner explained in a statement that the idea of ​​making a series about their lives was something he discussed during confinement with his family.

“We rekindled the expectations we had about doing a program together and thus being able to communicate to people that message of what we feel family unity means … communicate that you can be happy in the midst of circumstances, despite anything and of the threats that surround us ”, explained the artist.

According to NTERTAIN, the series will be a documentary “without a script” in which the Montaners will teach in a “more profound” way than on social networks how their day to day is.

The Montaners are not the first family to show their lives on video. The pioneer in the Latin world was the artist Jenni Rivera, who broke audience records on the NBC Universo channel with the three seasons of “I Love Jenni”.

“Larrymanía”, which follows the family of regional Mexican music singer Larry Hernández, is preparing its seventh season, while the family of comedian and filmmaker Eugenio Derbez has announced that the second season of “On a trip with the Derbez” will premiere this May.

Even so, the Montaner series will be the first to document the life of a family where everyone is famous on their own merits and on social networks they together exceed 150 million followers and their videos have more than 8,000 million views.

Although they have been together in Miami for a long time, due to the confinement imposed by the measures to contain the pandemic, the series will have scenarios in different parts of the world, as the team follows the daily life of the Montaner family, which includes the five children from the singer.

The oldest Alejandro is a singer, Héctor is part of Sony Music. For their part, Ricardo and Mauricio make up the duet of singer-songwriters Mau and Ricky and Evaluna is the star of the Nickelodeon Latin America series “Club 57”.

The couples of all of them will also have their role in this project. Evaluna is married to the Colombian artist Camilo, Mauricio has been married for three years to the Colombian Sara Escobar, who will be the creative director of the series, while Ricky is engaged to the Argentine artist Stefi Roitman.

“The Los Montaners series will follow the evolution of the successful family’s love stories, careers and conflicts while balancing maintaining their Christian values ​​and rock & roll family dynamics,” added NTERTAIN.

This company was founded earlier this April by Borrero, the co-founder of NEON16, the music industry veteran Tommy Mottola and the representation firm Range Media Partners, who described it to Efe as “like a new entertainment and media that focuses on the creation, development and production of premium content all media.

The series that began filming this week in Miami, but has no release date yet.

Tags: family, Montaner, own self, reality, will have