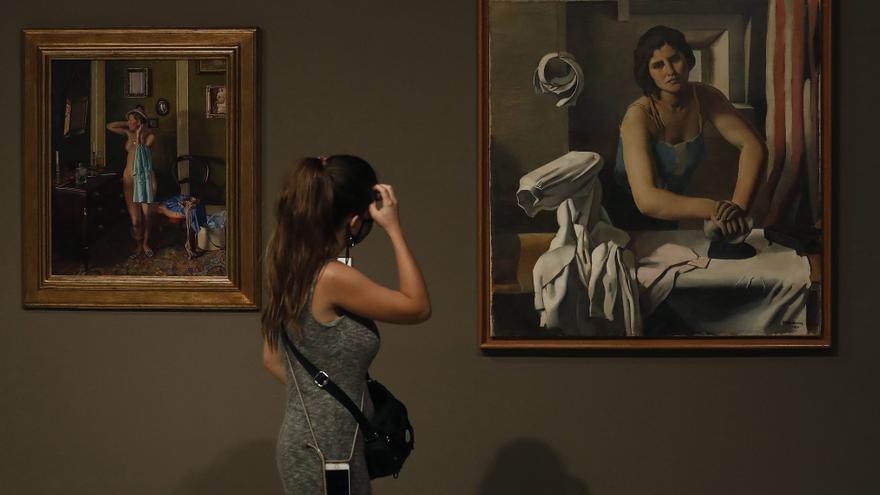 Barcelona, ​​Jul 1 (EFE) .- The National Museum of Art of Catalonia (MNAC) opens to the public this Thursday three new rooms dedicated to art from the Civil War period, which incorporates a space dedicated to the Pavilion of the Republic of the Exhibition 1937 Paris International, with works that were considered lost for many years.

In the new rooms, which, according to the director of the MNAC, Pepe Serra, “consolidate the position of the museum in the Spanish Civil War from the point of view of art”, you can see more than a hundred works by 43 artists, including 56 unpublished works, some made by female artists.

As is customary in the MNAC, the Civil War rooms are articulated from different formats, from paintings, sculptures or engravings to posters, cinema or photographs of the media, creations that, in that turbulent context, allowed the culmination of many of the aspirations of modern and avant-garde art.

Among the main novelties that are now being presented is a new space dedicated to the Pavilion of the Spanish Republic of the International Exposition of Paris in 1937, where Picasso’s “Guernica”, Juli González’s “Montserrat” or “El segador” were also exhibited. “by Miró, among others.

Many of the works that participated in this pavilion were considered lost for years, despite the fact that they had returned to Spain once the pavilion had been dismantled in 1938; And, according to Serra, in the mid-1980s it was made public that they had been kept hidden in the National Palace of Montjuïc, within a collection that consisted of 270 paintings, sculptures, drawings and engravings basically belonging to the period 1937 and 1938.

In this set were, among other works fundamentally thematic of war, those from the Pavilion of the Republic. An important selection from this collection found in the National Palace was exhibited in Barcelona in 1986, at the Palau de la Virreina, and in Madrid in 1986, at the Reina Sofía Museum.

The museum exhibits one of the sculptures that were exhibited outside the Pavilion of the Republic, “La bañista”, by Francisco Pérez Mateo, and among the novelties also stands out the oil “Allegory of the death of Federico García Lorca”, by Fernando Briones, a symbolic painting that evokes the execution of the poet, in August 1936, and which is an example of the art made during the conflict, halfway between the homage and the denunciation.

Another of the works he denounces is the large painting “Massacre of Badajoz”, by Martí Bas, which illustrates the shooting of some 3,000 people in the Badajoz bullring ordered by the rebel general Yagüe.

The new rooms also have a significant number of works that show civilian victims, especially due to the effects of indiscriminate bombings, such as “Bomba en Tetuán”, by Santiago Pelegrín, or the photography “Bombardeo de Lleida” and “Bombardeo de rebel planes over Lleida “, by Centelles.

Other works show the threatening presence of the planes on the citizens in full flight, and another set illustrates the idea of ​​the bombing with the double figure mother and son: “Hero”, by Juana Francisco Rubio; “Mother in front of her dead son”, by Fernando García Alegre; the sculpture “Lleida”, by Apel·les Fenosa.

The role of the female militia, exclusive to the Republican side, is reflected in works such as “Lina Ódena”, by J. Pons, about the communist militant who took her own life when she was cornered by Francoist forces; or in “Santa Cultura, martyr of fascism”, by the artist Ángela Nebot, which shows a school teacher shot in the classroom itself.

Propaganda and photojournalism are two other thematic axes that the new presentation addresses, which incorporates works by photographers such as Agustí Centelles, Antoni Campañà and Josep Compte, as well as the iconic Pere Català Pic photomontage “Aixafem el feixisme” (with an espadrille stepping on a swastika).

The space dedicated to cinema has new films, in collaboration with the Filmoteca de Catalunya: “Le Martyre de la Catalogne”, which exhibits the effects of the bombings on the civilian population, or images of a filming of the Revolutionary Movement in which You can see the corpses of the nuns from the Salesas convent in Barcelona, ​​which were exhibited during the first moments of the Civil War.