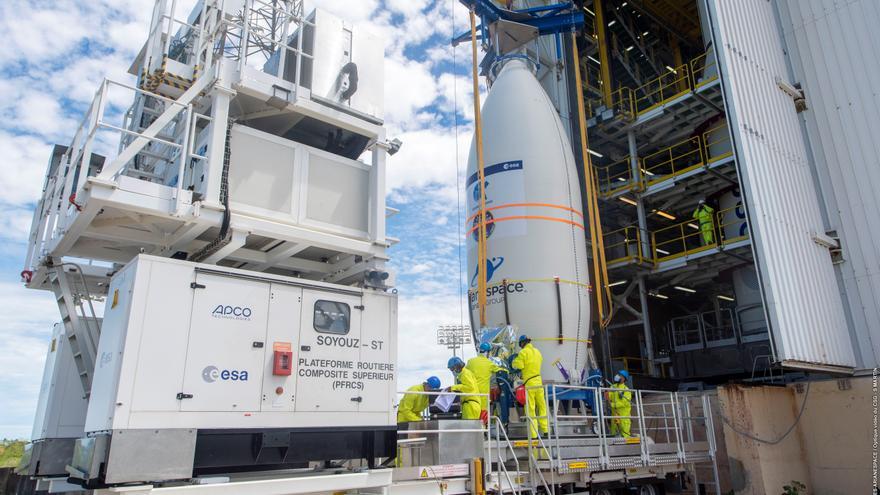 The deviation has meant the loss of this mission, which had planned to put the Spanish Earth observation satellite into orbit, considered one of the milestones of the Spanish aerospace industry, which has led its construction and which was to be commissioned during the next few years of both mission control and communications and the processing of all the data I had to provide.

In its latest communication on this incident, the European Space Agency reported that 8 minutes after takeoff and after the first start of the engine, a deviation of the trajectory was identified, “which meant the loss of the mission.” The ESA has already begun to analyze the telemetry data to determine the cause of the failure, and this Tuesday, those responsible for the Agency will appear at a press conference at the Kuru space complex (French Guiana) to report on what happened.

The rocket, which in addition to the Ingenio also carries the French satellite Taranis, had been launched at the scheduled time, at 02:52 Spanish peninsular hours (01:52 GMT) and planned, according to Arianespace plans, to separate the Spanish satellite 54 minutes after takeoff and do the same with the French satellite 1.42 hours after launch.

The Ingenuity It should have been released from the rocket and placed in a heliosynchronous orbit (following the direction of the sun like a sunflower), at an altitude of approximately 670 kilometers, from where it planned to observe the Earth for the next seven years – although it carried fuel for ten -.