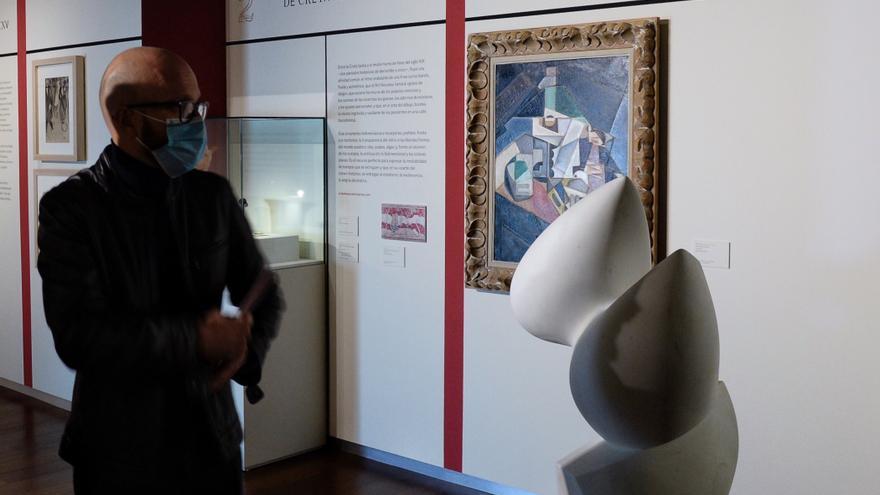 Valladolid, Mar 4 (EFE) .- The “miscegenation” of the artist with German roots María Luisa Caturla acquires prominence and seeks to be recovered and revalued by the National Museum of Sculpture of Valladolid, which, through three proposals, returns to the present his work “Art of uncertain times”.

The objective is “to delve into the vital and artistic trajectory of one of the most restless and effervescent figures of the first half of the 20th century and to recover one of his most original books, written more than 80 years ago, which was relegated to oblivion despite to suppose an example of the first years of feminine freedom “.

This has been indicated by the director of the National Sculpture Museum, María Bolaños, during the presentation of the exhibition “Art of uncertain times”, which will remain open in the “Red Corner” of the Colegio de San Gregorio of this institution until June 27 , and that brings together “works of first quality”, linked to the central argument of Caturla’s book.

“It is as if it were the representation of his book, in a three-dimensional way, through a careful selection of pieces that recreate a visual history of artistic times sick with uncertainty, that illustrate the game of affinities between formal instability and historical malaise”, Bolaños has detailed.

In this physical exhibition the slippery and erratic forms of a sculpture by Arp coexist, or the transparencies of Blanchard’s cubist painting; Loïe Fuller’s meandering dance or Juan de Juni’s anguished “San Sebastián”, which intertwine and unite to give life to Caturla’s book.

It will be complemented with the reissue of the essay that gives it its name, which the Catalan art historian published in 1944 “and which follows with absolute respect the original text, with a modest, paperback format, with black and white photos”, as the director of the National Sculpture Museum has warned.

Likewise, a “virtual door” has been added, a “microsite”: “artedeepocasinciertas.com”, which proposes a journey, through free navigation, through life’s adventure, artistic passions and the written work of María Luisa Caturla , which includes images, photographs of family and friends, correspondence, drawings or pieces of art.

Hand in hand with this digital initiative, which is “the first foray into the universe of the virtual” of the National Museum of Sculpture, access to the German training of this artist, who developed with ease in the Madrid of the 20s and 30, and his select relationship with the interwar intelligentsia, such as Einstein, Le Corbusier or Victoria Ocampo.