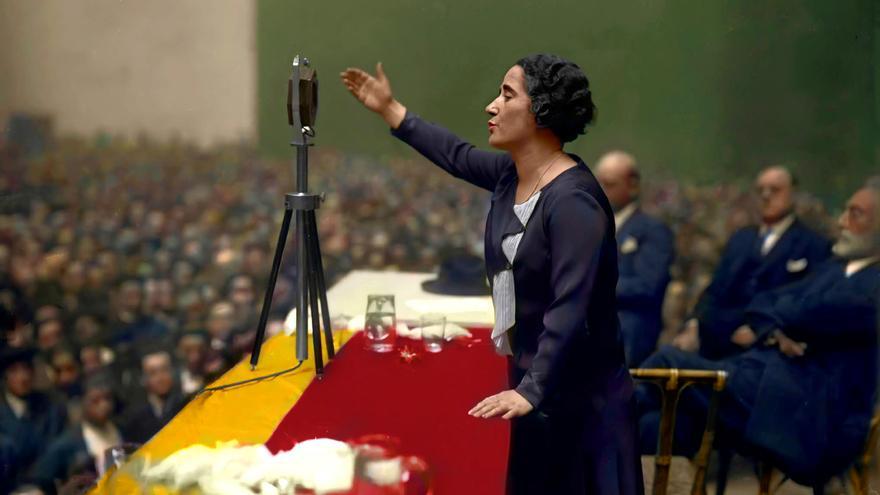 The coin will have a face value of 10 euros with a minimum content of 925 thousandths of silver and a maximum of 7,000 units will be minted. Its initial retail price will be 55 euros and the initial date of issue will take place during the first quarter of 2022, as published by the Official Gazette of the State (BOE)

On the obverse of the coin, the portrait to the left of King Felipe VI will be reproduced; At the top, in a circular direction and in capital letters, appears the legend Felipe VI King of Spain. In the lower part, between two points, the year of minting 2022 and surrounding the motifs and legends a ruffle of pearls.

On the reverse of the coin appears an image of Clara Campoamor at a political rally held on April 5, 1931 at the Urumea fronton in San Sebastian; to the left of it the symbol of the woman and, in capital letters, the legends 'Equality, Liberty and Progress'. At the bottom, the face value of 10 euros and the Mint mark. Surrounding these motifs and legends, the legends 8-M International Women's Day and Clara Campoamor appear.