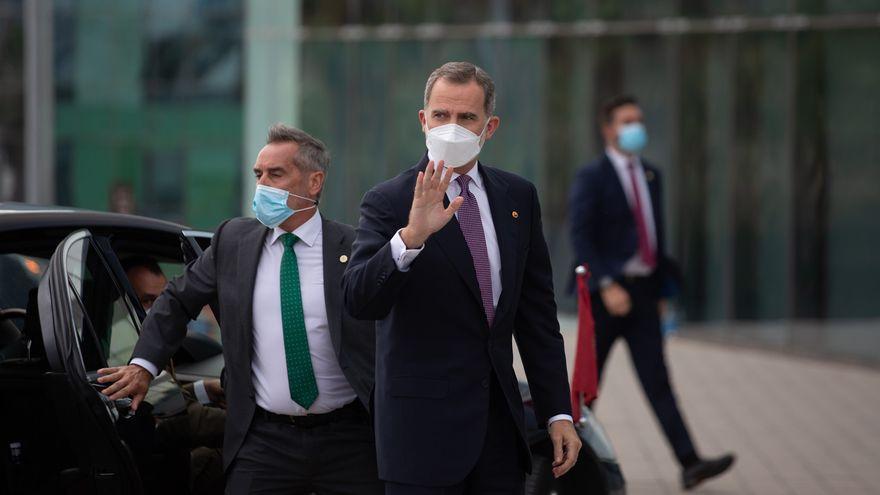 Spain has a long way to go in terms of transparency, but if there is an institution that takes the cake for its opacity, it is the Royal House, which jealously guards everything that has to do with its assets and its expenses with the collusion of the rest of powers of the State. The economic information published by Zarzuela only offers a few touches of its operation and it is necessary to dig to find out where a good part of the monarchy’s financing comes from beyond the 8.4 million euros of specific allocation in the General State Budgets . One of the most remote aspects is that of the personnel who carry out their functions for the Head of State and which is paid mainly through other budgetary items.

The Ministry of the Presidency and National Heritage are two of the main institutions that put personnel at the service of the kings. About 300 of the people who carry out their daily work in Zarzuela they do not receive their salary from there but from those organizations, which are added to other departments such as Interior or Defense, which assume matters related to security, or the Treasury, which makes available to Zarzuela means of the State Mobile Park, including 60 drivers “to manage official mobility (representation services and of general matters and incidents), both of the Headquarters of the State and of the personnel at the service of the House of His Majesty the King “.

The list of jobs in the Ministry of the Presidency – which is now piloted by Félix Bolaños and formerly Carmen Calvo – has a specific appendix for civil servants of the Royal Household. There are 146 people with different ranks in the ladder who receive annual base salaries of between 37,291.94 euros and 12,307.68 euros. In total, they represent 2.5 million euros that are paid by the Ministry.

Sixteen of these positions correspond to level 30, the highest in the Administration, with managerial positions such as head of the secretariat, of infrastructures or of activities and programs, or director of economic affairs, hearings and events, or general deputy director of technologies of the information and telecommunications, as well as various advisers. At the next level there are heads of service, area or section (in levels from 29 to 20) and below, mainly administrative assistants or secretaries.

The Royal House explains in its Web page that the managerial staff and a part of the civil servants and labor personnel receive their remuneration from the endowment assigned to them by the budgets and that “the other career and temporary civil servants, all of them outlined in a list of jobs which appears as an appendix to that of the Ministry of the Presidency, they receive their remuneration from said Ministry “. However, this list of jobs is not public. Months ago, elDiario.es requested it from Carmen Calvo’s communication team, but they refused to provide it. The then undersecretary of the Presidency, Relations with the Courts and Democratic Memory, Antonio Hidalgo, sent it in response to a request through the Transparency Portal.

Nor is the staff that makes National Heritage available to the kings, which has been for decades a mixed bag for the most diverse expenses of the Royal House under the pretext of the work of “support to the head of the State” attributed to him. The Court of Auditors even questioned in its audit report of the institution that “the provision of services to the Crown” was an “activity that is not formally and in its entirety provided for in the current regulations.”

The latest data on the National Heritage staff that provides service in Zarzuela is from 2016, when in the allegations to the report of the supervisory body it assured that it did not exceed the number of 122 people. It defended itself against the affirmation of the Court of Auditors, which assured in its preliminary report that, of the workforce made up of 1,573 people, “many civil servant and labor positions, plus practically all temporary personnel, are of special trust and free designation provided by their services mainly in the restricted area of ​​the high security zone of the residences of the Royal Family in the Zarzuela complex, as well as, to a lesser extent, in other residences “. National Heritage assured that it was a statement that did not correspond to reality. The PSOE then unsuccessfully proposed in Congress that the institution stop assuming that staff and now the government has not changed it either.

elDiario.es requested through the Transparency Portal the list of the National Heritage workforce assigned to the Casa del Rey. In 2020 the figure was 36 people for an amount of 776,314 euros. All of them are considered assistants, except for two who are managers and whose salary is higher. However, the number of employees is greater, as recognized by the institution, because it also includes maintenance personnel, waiters, cooks and temporary personnel who are not considered work personnel. To this must be added various contracts, such as maintenance, which includes the conservation of three swimming pools in the Palacio de la Zarzuela or the maintenance of the forest houses of Mount El Pardo.

Among the assistants are the three who have assisted King Emeritus Juan Carlos I in the United Arab Emirates since last August, when he decided to leave Spain due to the scandals of his fortune opaque to the treasury, as revealed by elDiario.es. The Government argues that it is the same personnel that it had in Spain after the abdication. Those three trusted persons of the former head of state take turns and in 2020 their trips and stays amounted to 9,600 euros paid by the National Heritage, which also pays the allowances, for example.

Casa Real only allocates 92,100 euros of its budget allocation to the expenses of labor personnel with which it pays the only two workers with an employment relationship without management rank that you have contracted (with a gross salary of 55,505.13 euros and 27,991.34 euros, respectively). “With this same budget item other personnel expenses (transport expenses) and possible eventualities that may arise in personnel matters throughout the year are paid,” explains Moncloa about the destination of the remaining 8,603 euros that are budgeted.

Apart from these two people, Zarzuela only pays the salaries directly to the management staff made up of eleven people, including the head of the Casa del Rey, Jaime Alfonsín, who has the highest salary and received 144,140 euros in 2019. Although the budget that publishes for senior positions collected a global figure of 793,135 euros in 2020, the total amount amounted to 1,282,963 euros with the productivity incentives and extraordinary bonuses that the head of state reserves for them.

The main budget item for Zarzuela is precisely that of performance incentives, which in 2020 exceeded 2.51 million euros, of which 473,541 euros went to senior officials and the other part (2,044,522 euros) the received personnel who provide service in the House as a compensation supplement. That emolument was received that year between 320 and 343 people per month “The number of recipients is variable and their remuneration is not periodic,” says the Presidency of the Government in a response to elDiario.es sent through the Transparency Portal in which it explained That this supplement is received by the officials included in the list of jobs appendix to that of the Ministry of the Presidency, the personnel designated by the Ministries of Defense and the Interior for the fulfillment of the duties of the Military Quarter-Royal Guard and the Service of Security, respectively; or the personal means made available to the House by National Heritage, the State Mobile Park or other organizations.