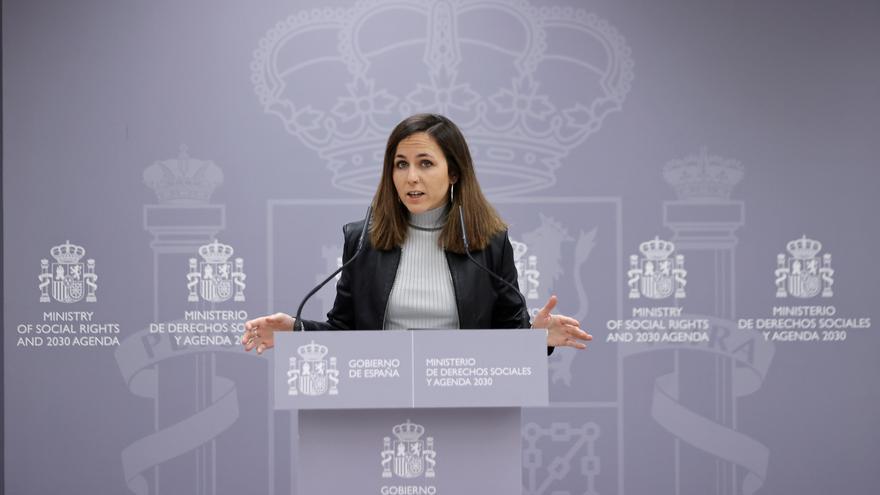 With the aim of promoting a Peace Agenda in Ukraine and guaranteeing a de-escalation of the conflict through dialogue and diplomacy, the Ministry of Social Rights and the 2030 Agenda has sent the Ministry of Foreign Affairs a proposal with sixteen measures, among which is promoting the withdrawal of the troops mobilized in recent days or avoiding warmongering language by the media, governments and parties involved in the conflict.

Belarra explained that "since the beginning of 2022 we have witnessed a voltage escalation" on the borders of Ukraine, due to the "movements of Russian troops, crossed declarations and movements of NATO troops in Eastern Europe" and has warned of the threat to peace that this situation entails. "The conflict has entered a new phase yet more dangerous in which we run the risk that any incident could trigger a military conflict between nuclear powers.

Faced with this confrontation and in order to avoid its intensification, the Ministry of Social Rights and the 2030 Agenda has sent the Ministry of Foreign Affairs, European Union and Cooperation (MAEC) 16 measures that seek to strengthen European efforts for peace and that , according to Belarra, "would have the support of a large social majority in our country".

Among the provisions, it is worth highlighting above all the dialogue and strengthen multilateral mechanisms (such as the Normandy Quartet, the OSCE or the UN) and diplomatic channels to resolve the conflict at the dialogue table and not by sending troops and threatening sanctions.