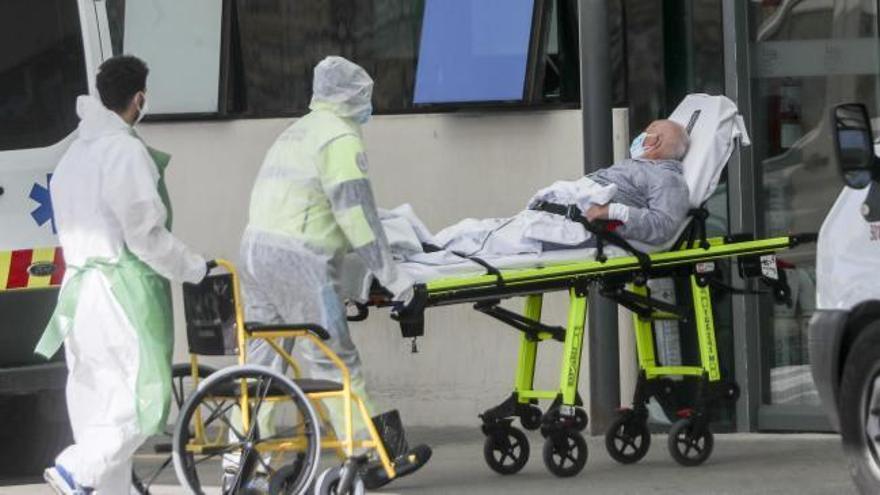 The Ministry of Health reported yesterday on the detection of nine cases of the variant of the Rio de Janeiro coronavirus (P.2) in the Canary Islands, although epidemiological data are not available. According to sources from the Regional Health Council, it was only known until the closing of this newspaper that the notification came from the Valencian Community, with whose delegation of the CSIC participates the University Hospital of Gran Canaria Doctor Negrín in a multicenter study. On the other hand, the latest report offered by the department headed by Carolina Darias states that in the Archipelago three frames of the British strain of SARS-CoV-2 remain active.

Health authorities establish that there are up to seven variants of the coronavirus of interest, that is, those that are better transmitted, more virulent (cause more serious disease or greater mortality) or that can escape the effect of the vaccine. According to data published last day, to date 916 positives of these new strains have been confirmed in Spain.

Those of greatest importance for the Ministry of Health are B.1.1.7 (British), B.1.351 (South African) and P.1 (Brazilian). However, the Report on the epidemiological situation of variant B.1.1.7 of SARS-CoV-2 and other variants of interest, also includes the relevance of two others from the United Kingdom, the Californian and the Rio de Janeiro .

According to data from the Ministry, so far 898 cases of the British strain have been confirmed – plus another 183 from unofficial sources -, six from the South African, one from the Brazilian – plus two from unofficial sources – and 11 from the from Rio de Janeiro. Of these, two have been diagnosed in travelers in Madrid and the other nine in the Canary Islands for which “epidemiological data are not yet available”, the document clarifies.

On the other hand, the ministry led by Darias reported that in January a positive for the B.1.525 strain was identified, detected for the first time in the British country and with a presence already in Denmark, the Netherlands, Norway, the United States and Canada. .

Regarding the British variant, Health explains that “it is highly variable from one community to another, and the data indicate a rapid increase in its distribution in recent weeks.” Of the total of 898 positives, Cantabria leads with 145, followed by Madrid (130) and the Balearic Islands (117). On the opposite side is the Canary Islands, which only have three, Aragon with one and Ceuta with none.

In the Archipelago it was announced last week that there was a presence of the British strain in 12% of the 300 samples taken between January and February in island patients, according to the results of the sequencing carried out by the Hospital’s Microbiology Service University of Our Lady of Candelaria. This strain was linked to the autonomous community for the first time at the end of last month, when Icelandic health authorities reported that it had detected this variant of the virus in four tourists who traveled to the country from the Canary Islands.

The Ministry of Health notified 159 new cases of coronavirus in the Islands yesterday, with which the general count stands at 39,651. However, 6,148 remain active. Of the people who are still infected by SARS-CoV-2 in the region, 376 are admitted: 85 in intensive care units and 291 in the hospital ward. The rest recover in solitary confinement in their homes, where they receive the necessary medical attention.

Last day it was necessary to mourn the death of another person because of the complications caused by the virus. With it, there are already 576 deaths registered in the autonomous community since the beginning of the pandemic. In contrast, 32,927 people have since overcome the disease in the Archipelago after 260 received medical discharge over the last 24 hours.

By islands, Tenerife yesterday added 60 infections that raise its total accumulated figure to 16,618. The territory has 2,244 epidemiologically active cases, which means that it accounts for 36% of the patients that are counted in the region.

Gran Canaria has more, where specifically 55.5% of the infected people are located throughout the autonomous community. The general count of positive diagnoses on the island stands at 16,242, after registering 78 more than the previous day.

Lanzarote added 13 new cases to the number of accumulated that amounts to 4,352, however, the tables that are still in progress are 308. Fuerteventura, for its part, added seven infections to its general count, which is already 1,566, while the assets of the island is 141.

La Palma, which did not register new cases, has 383 accumulated and 17 infected people. El Hierro did add a positive diagnosis with which the global figure grows to 281. Of these, 15 are still active –13 migrants and two indigenous–, since Health reports that an indigenous case has been discharged and another has risen to statistics. These data are being refined, which is why they are not included in this way in the statistical register, which will be updated in the coming days. Finally, La Gomera remains in the 209 accumulated by not registering new infections and its ongoing tables are two.

As of yesterday, 855,185 PCR tests have been carried out in the Islands, of which 2,245 correspond to the day on Sunday. Of the total that have been carried out since the outbreak of the pandemic, 44,749 have given a positive result – which represents 5.23% of the samples taken. On the other hand, the Accumulated Incidence (AI) at seven days in the Canary Islands stands at 47.83 cases per 100,000 inhabitants and at 14 days at 108.71 cases by the same population count.