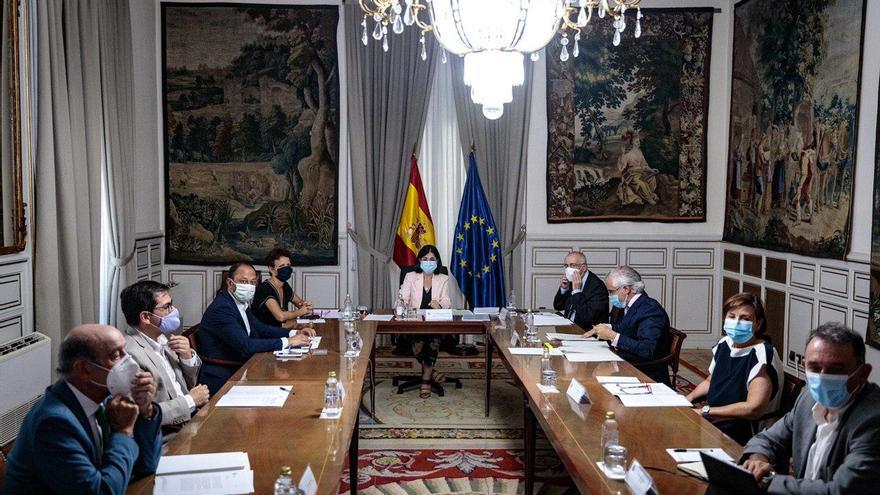 The Minister of Territorial Policy and Public Function, Carolina Darias, has promised this Wednesday to convene in September the Monitoring Committee of the Anti-Transfugal Pact, which had been asleep for more than ten years, after a meeting held this afternoon at the headquarters of her department with representatives of various groups with parliamentary representation. The discordant note has been given by the PP and Vox who have not attended the appointment.

This meeting has been promoted by Citizens that at the beginning of this month he demanded by letter to both the PP and the PSOE to reactivate the agreement after suffering in his ranks two important leaks of councilmen one in Santa Cruz de Tenerife and one in Malaga, which have changed the balance of forces that existed so far in those two municipalities. For the Arrimadas party, transfuguism is “one more form of corruption that perverts the popular will of the citizens for the benefit of those who use it, so they believe that it was necessary to reactivate” the fight against these undemocratic practices. ”

After more than two and a half hours together, the general secretary of the Citizens group, José María Espejo Saavedra, has congratulated himself for having succeeded in activating an agreement that has been dead since 2010, the last date on which the Commission of Tracing. The idea now is that parties that did not exist or did not have representation in Congress, such as Ciudadanos himself, Unidas Podemos and Vox, as well as other groups that have changed acronyms, now join the Pact.

At the end of the meeting, Espejo-Saavedra regretted the sit-in of the PP and Vox but was hopeful that “in the official call for September they will attend the new appointment” given that it will be there that the measures they want to expand will take shape.

According to the ministry, despite the fact that the Pact has been inactive for more than a decade, it remains “the best channel for dialogue” to ensure “pluralism and democratic quality” and to guarantee “the stability of institutions”.

The department of Darias added in a statement that “all the political formations, those already adhered to the Pact and the new ones, have been summoned to send the names of their representatives to the Ministry and on September 14 submit their proposals to update and improve the Agreement”.

On September 21 there will be a meeting at the Ministry of Territorial Policy and Public Function of the Monitoring Committee of the Anti-Transfugal Pact, the minister wants there to be “an agreement by consensus to appoint people, between jurists and professionals of recognized prestige, who they will form the new commission of experts. ”