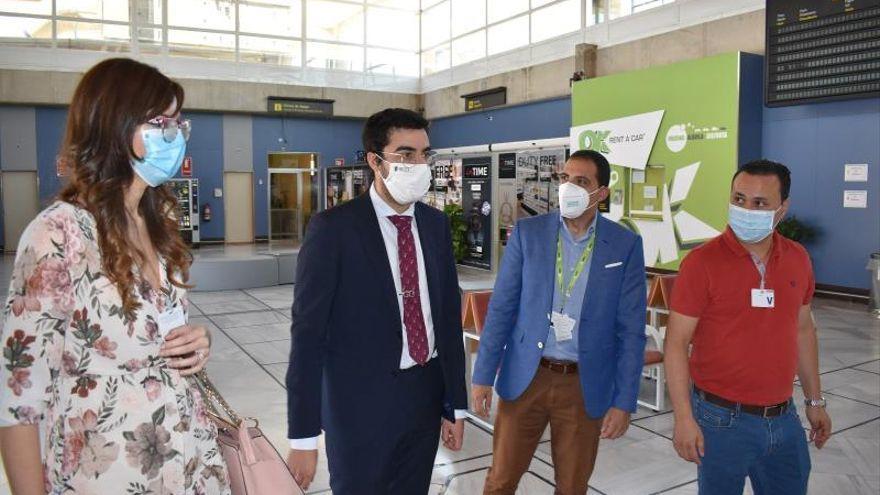 The Minister of Economy and Social Policies of Melilla, with responsibilities in Public Health, Mohamed Mohamed Mohand, of the PSOE, has been in the crosshairs of the opposition since last week by spreading several videos on social networks in which he is He sees himself sharing a paella on the porch of a private home with more than five people who are not living together, without keeping safety distances and without masks, violating the rules of his own department that he himself announced at a press conference at the end of January.

The meal, according to the sources consulted, took place last Friday, February 5, at a friend’s house to celebrate a birthday, as corroborated by the images of the videos that some of the diners uploaded to Instagram. In them, Mohamed Mohand is seen at the table with the mask on his chin with several people, also without a mask. Since then the Councilor has not given explanations, as the president of Melilla himself, Eduardo de Castro, of Ciudadanos, has asked him, while the PP is already asking for his dismissal. Nor has he attended to this newspaper, despite numerous attempts to find out his version. Government sources anticipate that he may appear at a press conference next Monday.

It so happens that harsh restrictions were decreed in the Autonomous City of Melilla after seeing an increase in the incidence of infections due to Covid19 and also the number of deaths. And it was precisely Mohamed Mohand himself who was in charge of giving details of these measures in a press conference that he offered at the end of January: “Meetings of non-cohabitants are suspended, except for the following exceptions: the care of minors, the elderly and the disabled ; Family reunification in very specific cases, such as child custody agreements in cases of divorce; and a last exception is that of a person living alone, who can receive another person – his partner – because this assumption is allows to extend the unit of coexistence to two “.

Everything was regulated in the Public Health order that, as explained by the counselor, limits the number of people at the same table to four, “which does not have to be cohabitating.” “Cohabitants do not have a maximum number to sit at the same table but they will have to prove it with their DNI,” he clarified shortly after his first appearance. Since then, these rules remain in force.

The Government of Melilla is chaired by Eduardo de Castro, from Ciudadanos, the only representative that the Arrimadas party achieved in that Autonomous City in the last elections. Nevertheless, managed to close a pact with the PSOE (4 deputies) and Coalición por Melilla (8 deputies) to form a coalition Executive, avoiding that Juan José Imbroda, the PP candidate and until then president of Melilla, was invested.

In conversation with this newspaper, De Castro admits that he knows the videos, so he has asked his government adviser to give explanations and his version of the events because politicians must “be exemplary.” “I do not know if they belong to reality or not, so it is appropriate that it be explained properly because it is true that this recording exists and it should be he who offers clarifications.” “According to the rules, in a private home they should only be living together”, the president of Melilla ditches.

Given his delay in showing his face, the PP has gone from asking for explanations to demanding his “sudden cessation” after also checking that the images “are 100% true.” “The Councilor is giving a terrible example. This silence is not understood. He who is silent grants,” the second vice president of the Melilla Assembly and PP deputy, Daniel Conesa, assured elDiario.es, who also recalled that the fact is more serious because they are measures and protocols that the Ministry of Health itself has dictated “to fight against infections in this coronavirus pandemic, with the terrible consequences that are taking place.” “Every day that passes more complicates your situation”, Conesa adds to rumors that there are more recordings of that meal.

The PP is surprised that the counselor did not go to work during the first week of February because “according to what he said, he had symptoms of Covid and as a precaution he decided to confine himself. He later told his relatives that he had done a PCR and had tested negative.” “However, that person came out for the first time to go to that meal,” adds Conesa.

For her part, the vice president of the Government and general secretary of the PSOE of Melilla, Gloria Rojas, has come out in defense of her partner and has assured that she has explained the circumstances: “I am not the one who has to give details” . Rojas added that she is sure that the counselor will appear to explain everything. His affirmations seem to the PP “an impudence and a constant teasing of the citizens” so they have redoubled the pressure and ask for his “sudden cessation” since according to his information, those videos were recorded on Friday, February 5.

The spokesperson for this group, Miguel Marín, has reiterated at a press conference that this information “has been contrasted and corroborated” by his training. In the opinion of the popular “it is inexcusable” that while many of those who died in this pandemic “their Relatives have not been able to fire them “, or” the hotel business is ordered to close completely or with restrictive measures “, the Minister of Health himself” fails to comply “.