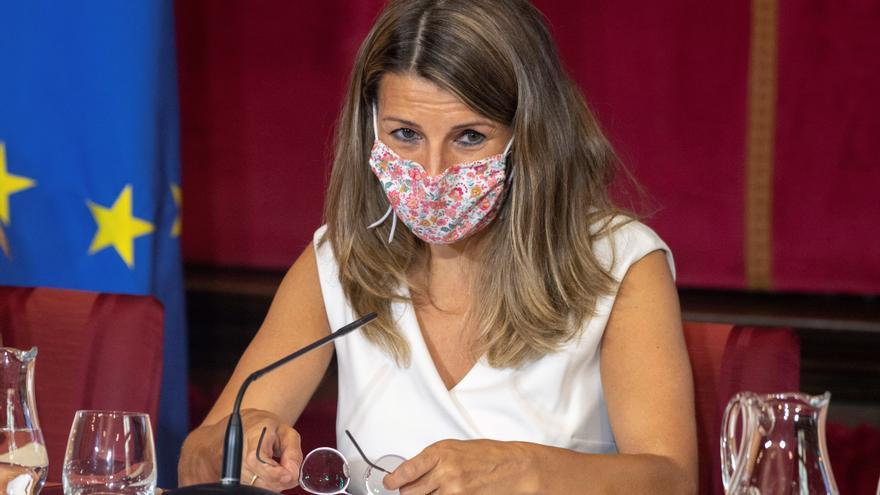 The Minister of Labor and Social Economy, Yolanda Díaz, explained this Thursday in La Sexta that the Temporary Employment Regulation Files (ERTE) derived from a re-outbreak by COVID-19 “are working very well, they have a vocation of permanence because they do not it makes sense that they have limited time, they have to stay until when necessary. ”

“It is very absurd to set dates. The ERTE for regrowth will be maintained as long as necessary,” Díaz has pointed out. The minister stressed that “the ERTE has proven to be a necessary tool that has saved millions of jobs and thousands of companies”, just one day before negotiations between the Government and social agents are resumed to discuss the expansion of this measure. labor. “We are going to go to the negotiating table with the social agents without red lines,” he added.

Entrepreneurs, especially in the tourism sector, have requested that the ERTE be extended until the summer of 2021. The president of the Spanish Confederation of Business Organizations (CEOE), Antonio Garamendi, pointed out this Thursday that this tool should be extended until Semana Santa, since the tourism sector has been one of the most affected.

The minister explained that they have identified the sectors most affected by the pandemic: tourism, transport, travel agencies, leisure and culture, which are the ones with the most workers still affected by ERTE. Under this protection tool 3.4 million workers were sheltered, of which more than 700,000 people remain affected.

Díaz has insisted that the Government will “take care of tourism because it accounts for 12% of GDP”, to later add that the sector has to be modernized and more efficient and sustainable in all aspects, including the situation of its workers.

Regarding the reduction from 70% to 50% of the regulatory base of the benefit that workers affected by an ERTE charge when six months have elapsed, the Minister of Labor recalled that this reduction of the benefit was approved by the Government of Mariano Rajoy in one of his cuts Fridays, but he stressed that the current coalition Executive is studying the feasibility of keeping the benefit at 70%.