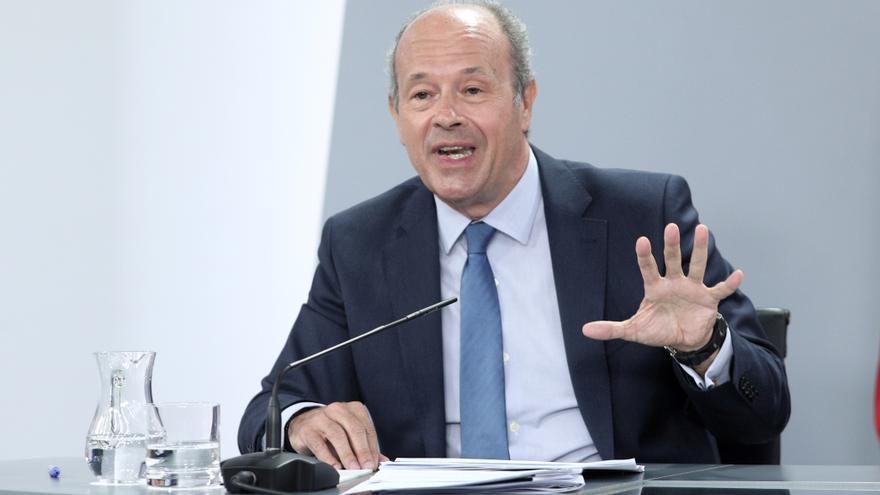 In this sense, he pointed out that the “decision” to remove Juan Carlos I from the spotlight “strengthens” the institution and has reiterated that it is time to treat the monarch “as just another citizen.” “Not before, now yes. Justice is equal for all and we all have the right to the presumption of innocence. He does not have an open case or a statement as being investigated, “added Campo, who has also called to” avoid those parallel trials that do not lead to anything. ” Likewise, the head of Justice has been convinced that if the Administration of Justice required the monarch “it would not take a second to find him” despite the fact that the place where he has settled after leaving Spain is still hidden from the citizenship. “If he is called, he will appear immediately. That should satisfy us as a society,” he added.

On the other hand, Campo has ruled out that the Government is considering promoting an intermediate legal structure between the state of alarm and the decentralized management of the autonomous communities to face the pandemic, which has been called the ‘Covid law’. “There is no legal vacuum, there may be improvements,” said Campo, who also insisted that legal reforms have to be done “from serenity and from the analysis of all actions.”

Likewise, he has asked for “calm” to analyze the situation “with perspective” and has reiterated that the fact that they are taking place conflicting court decisions Faced with the attempts of the autonomies to limit the spread of the virus, “it shows that the rule of law works.” “When there is a limitation of fundamental rights, judges have a lot to say,” he said.

VIDEO | The general director of Public Health of Madrid, on why to close the parks: "They facilitate groupings"