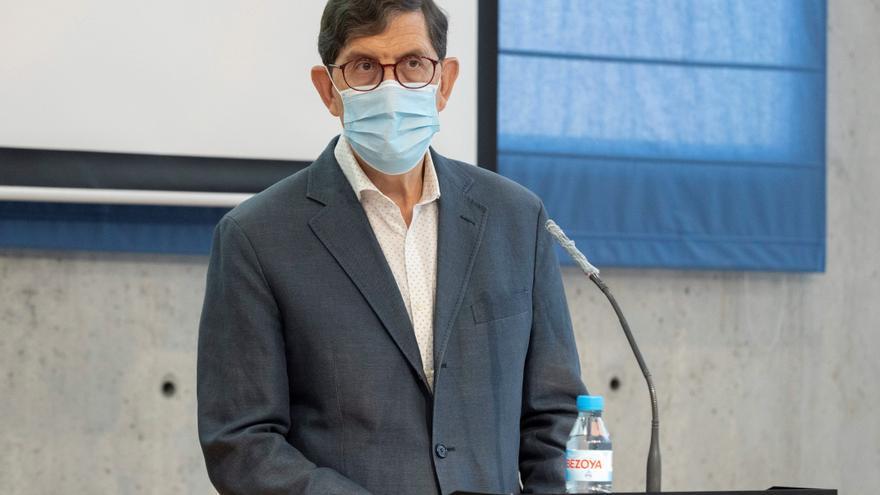 The Minister of Health of the Region of Murcia, Manuel Villegas, has ruled out resigning this Wednesday morning after learning that he had received the first dose of the vaccine against COVID-19. Villegas acknowledged Tuesday that he had injected the vaccine, according to statements collected by the media The truth, in which he justifies having been vaccinated “as a health worker”, being a cardiologist in the Murcian Health Service (SMS) although he does not exercise as such, since his position entails exclusive dedication.

“A total of 400 people from the Ministry of Health have been vaccinated after the health personnel who are in the front line did it, according to the protocols. It is a decision taken from the conviction. There has been no will to hide anything or to give preferential or privileged treatment, “said the Murcian counselor at a press conference.

“Putting myself in the shoes of people who have been offended, I want to apologize. We have reported every day the measures adopted with a perfectly transparent management. I regret that what happened could cast a shadow over the work of professionals. It is a time to unite and get ahead. My future is not politics and I will return to the clinic; my interest is exclusively in management, “he added.

The Region of Murcia is immersed in the vaccination campaign of the second priority group, according to the protocol of the Ministry of Health, “first-line health personnel”, such as people who work in the Covid plants, ICU or health center . Despite this, Villegas and officials from the Ministry have already received the first dose, without having vaccinated the residents of the day centers.

SMS sources consulted by The truth They assure that the decision was consulted with the Ministry, and they explain that it was considered that all services are essential at this time.

Citizens, government partner: “This behavior is not admissible”

The spokeswoman for the Government of Murcia, Ana Martínez Vidal, had requested on Tuesday night the resignation of the Minister of Health through her social networks, while pointing out that the vaccination protocol is “very clear”: It is up to us to still get vaccinated and it is very important that we be exemplary. This behavior is not admissible. The Health Minister must assume his responsibility and leave office. ”

Both PSOE and Podemos and Vox de la Región had also requested the resignation or dismissal of the Murcian Minister of Health.