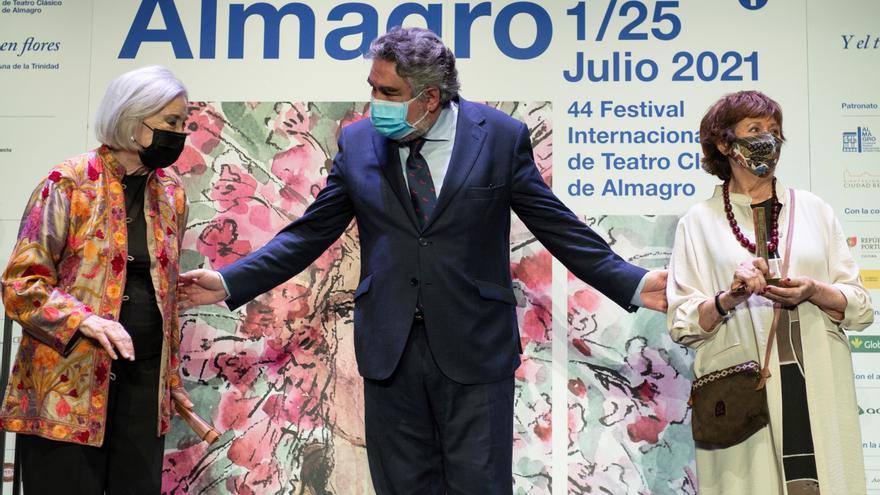 Almagro (Ciudad Real), Jul 1 (EFE) .- The Minister of Culture and Sports, José Manuel Rodríguez Uribes has participated during the afternoon of this Thursday in the ceremony of delivery of the XXI Corral de Comedias Award to the actress Julieta Serrano in the who has recognized his unmistakable work during a long professional career on stage.

Rodríguez Uribes has highlighted about the actress a “combination of simplicity” and “courage” in a career marked by an artistic coexistence parallel to the Franco regime and together with the work carried out with great directors such as Pedro Almodóvar, who have turned the actress into an “icon ”Of Spanish culture and that for Uribes is“ a pride for all of us ”.

Thus, the Minister of Culture has distinguished the participation of Portugal as a guest country during this 44th edition of the festival, with which he has underlined a relationship of brotherhood and has highlighted the participation of Navarra as an autonomous community, in a festival that has survived in a A difficult year for culture in which Rodríguez Uribes is committed to a structural strengthening of “the rights of creators and artists”.

The Minister has indicated in this same act the recognition of the rest of the artists who participate in culture and entertainment, highlighting their work to consolidate the values ​​that “define us” and giving a small wink to the writer Jean Daniel, identifying them as “ours”, in recognition of work and commitment to culture.

Uribes has expressed great gratitude to the Almagro Festival, defining it as the “natural reserve of the Golden Age”, a space that defines itself on tables “because of what it represents” with a projection on reflection and “critical thinking” and that it serves as a “vaccine against dogmatism and unreason”.

Along with him has appeared during this act Rosa Ana Rodríguez, Minister of Culture of the Community Board of Castilla-La Mancha, who has expressed a strong recognition of the winner and has positioned Almagro as a place for “tradition” and “Avant-garde” and a space to praise the classics and make theater “more alive than ever”.

The president of the Ciudad Real deputation, José Manuel Caballero and the mayor of the town, Daniel Reina, have also attended this event that has ended with the delivery of recognition to Julieta Serrano, who has expressed her emotional gratitude.