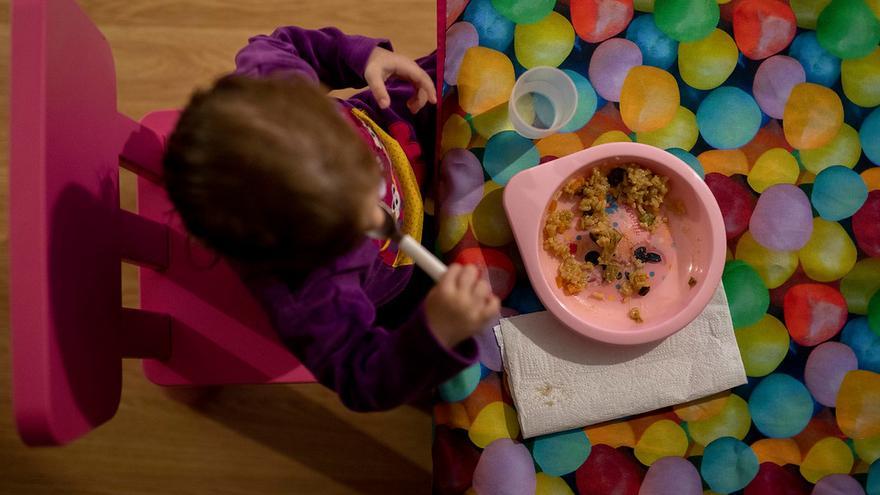 The minimum vital income (IMV) faces a fundamental phase in its development. The Government has already explained that the state minimum income approved in May 2020In the first months of the pandemic, it was not intended to be just a benefit to help households in acute poverty. It was also intended to have a second leg, the so-called inclusion itineraries, which would serve as “levers” for its beneficiaries to get out of their vulnerable situation. Addressing their specific problems: whether they were the lack of work, problems with the care or educational reinforcement of the children, etc. The Executive has approved this Tuesday the deployment of this phase, with 16 pilot projects.

The goal is to deploy these 16 projects in the remainder of the year and that they reach “one in four beneficiaries of the minimum vital income,” they say in the Ministry of Inclusion. This means about 200,000 people, since according to the latest official data, the state minimum income reaches about 350,000 homes in which about 800,000 people live.

Who will benefit from these first itineraries? “Collectives where the IMV has a particular presence, such as single-parent families, minors living in poverty, homeless people, people of gypsy ethnicity, etc.”, says the ministry led by José Luis Escrivá. In all these groups, Spain presents very high data on poverty, already high for the general population, so it has been decided to start these inclusion levers with them.

Employment is usually thought of as the main mechanism for social inclusion. It is, but in addition the itineraries of the minimum vital income aim to have a transversal approach, also affecting other facets of the lives of the beneficiaries of the IMV that promote their exclusion from society or that make it difficult for them to access better living conditions.

Minister Escrivá explained, by way of example, the situation of a woman who heads a single-parent family (who raises her children alone) and who can access jobs with her resume, but her problem to be employed goes through conciliation. He does not work as much as he could or would like because he has no one to leave his children with. The intention of the Government is that the itineraries can be adapted to the situation of each household and that it provide them with inclusion tools where they are needed.

Among the subjects that will address the pilot projects that will begin in the final stretch of the year are “education, depopulation, housing, conciliation or digitization”, the Ministry of Inclusion collects in a note, which highlights that “they will have a comprehensive approach, by understanding inclusion as an aspect to be addressed in several dimensions “.

Of the 16 agreements, nine will be developed together with the Autonomous Communities: Galicia, Asturias, the Basque Country, Navarra, Aragon, Castilla-La Mancha, Extremadura and the Valencian Community, and the autonomous city of Ceuta. These projects will add up to a combined amount of 68 million euros. Two other projects will be carried out together with the Madrid and Barcelona City Councils, for an amount of 20 million, and the remaining five will be signed with third-sector entities: Fundación Secretariado Gitano, Hogar Sí, Save the Children, Plena Inclusión and Cáritas, for an amount of 24 million.

In total, the programs total 112 million, of which 109 million will come from the Recovery, Transformation and Resilience Plan.

Spain has committed to Brussels to present “18 good experiences” in inclusion projects for the “first quarter of 2024”, explained this week in the Congress of Deputies the Secretary General for Inclusion and Social Welfare Objectives and Policy, Milagros Paniagua . For this, the Ministry plans to evaluate these first pilots and those that will be launched in the coming years, with the aim of knowing which ones offer the best results.

Already in this first phase, “the most advanced projects have been promoted,” the Ministry highlights, “which had a solid architecture, both in terms of infrastructure and human resources.” “In the coming months other agreements will be launched with other administrations and social entities that contribute positively to the development of inclusion policies based on evidence,” they continue in Inclusion.

For the evaluation, the Ministry will collaborate with two entities “dedicated to the knowledge of the random control trial methodology linked to the reduction of poverty and inequality”. It’s about J-Pal and Cemfi.

A few weeks ago, Escrivá announced together with the Minister of Social Rights, Ione Belarra, several relevant changes in the IMV with the aim of doubling the current beneficiaries. Some measures will be approved in the parliamentary processing of the IMV Law in Congress and others, such as an agreement with several NGOs so that they can accredit situations of vulnerability, are pending the green light from the Council of Ministers.