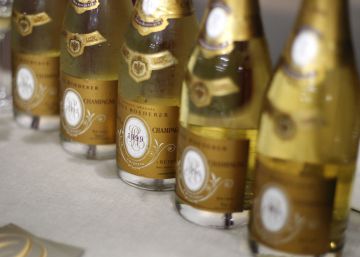 The number of millionaires in the world and their global wealth has experienced a fall in 2018 after six years of continuous growth, according the last Global Wealth Report, carried out by the consultancy Capgemini and published on Tuesday. Specifically, the number of people with large fortunes has decreased by 0.3% last year to reach 18 million people, while their wealth fell by 2.9% to register, together, 61 billion euros. According to the study, the main causes of this decline are the fall of equity markets (the stock markets) and the slowdown of the economy in some regions, with special emphasis on the Asian continent. The great fortunes of China were those that experienced the biggest setback, immersed in the uncertainty caused by the war of tariffs with the United States, while Spain remained and registered a greater number of millionaires than countries like Russia and Saudi Arabia.

The report focuses on two aspects: the amount of population that can be considered a millionaire and the wealth by region or country that these millionaires count together. According to the definition used by Capgemini, a millionaire is one that has a wealth of more than one million dollars (892,000 euros), excluding the individual's primary residence, collectable items and durable consumer goods.

Asia-Pacific, traditionally the area with the highest levels of wealth, has been the region with the greatest decrease in both indicators. On the one hand, the number of millionaires was reduced to reach 6.1 million -106,000 less than in 2017-, which represents a 1.7% less than last year; and on the other, wealth was diminishedgone by 4.8% to exceed 18 trillion euros. Among the countries that have helped the most, China stands out, which decreased its number of millionaires and its level of wealth, due to the instability of its commercial relations with the United States. This fall has greatly influenced its environment, being responsible for 53% of the fall of Asia-Pacific and 25% of the decline in world wealth.

Europe is the third region with the highest number of millionaires and wealth, although this year it has experienced a fall of 0.5% and 3.1% in both categories respectively. The United Kingdom is one of the countries that has most reduced its numbers, with 19,000 great fortunes less than in 2017 and a 6% lower wealth. The main reasons for this fall point to the uncertainty of the Brexit which led to a decline in key sectors such as manufacturing and construction. Spain, meanwhile, reached 224,300 millionaires in 2018, which means a small increase of 100 people compared to 2017 and that keep the Iberian country as the fourteenth in the ranking world, ahead of countries like Russia, Saudi Arabia, Brazil and Mexico. Regarding the level of wealth of these individuals, Spain has experienced a fall of 2.4% to reach 568,600 million euros.

North America and Latin America have followed the same pattern. In both cases there has been a small increase in the number of registered millionaires -0.4% and 1.9%, respectively-, while there was a drop in the wealth of these large fortunes by 1.1% in the case of North America and 3.1% in the southern hemisphere of the continent. United States increased its number of millionaires in 0.7% and the same percentage in the amount of wealth decreased, while Brazil experienced a growth of 8% in its population with great fortunes, but registered a decline in wealth by 3%.

The region that has grown most this 2018 has been the Middle East, increasing 38,000 millionaires with respect to 2017 -5.8% more- and registering a wealth 4.3% more than last year. The study points out that this growth is the result of the rise in the price of oil and fiscal and structural reforms that seek to reduce the impact of a hypothetical decrease in the price of oil. Africa, for its part, continues to be the region with less big fortunes and this 2018 has presented a small drop of 0.7% in the amount of population considered in this category, at the same time as a great decline in wealth by 7.1%.