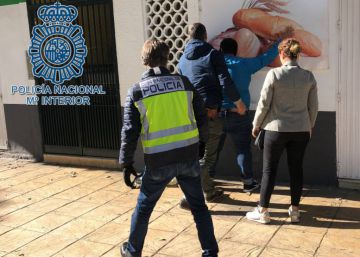 The investigation began in March 2016, following a complaint of fraud filed by an association of victims that grouped 274 affected.

The investigated network worked since 2013. From the analysis carried out, large movements of money have been detected among the companies in the network, which reached 28 million euros in 2015. The fraud has been valued at 12 million euros.

In its performance two stages are distinguished. The first one covers from its beginnings in 2013 until the month of December 2014. At first, this system offered to be part of a travel club through the offer of tourist packages, consisting of discounts in different hotel chains of recognized prestige, based on supposed agreements and agreements between the network and the hotel sector. However, from the moment of the complaint it was known that these business relationships were non-existent.

The inquiries made by the National Police allowed us to know that ten companies were part of the network and had more than 15,000 members, who were encouraged to participate actively in the recruitment of new customers. However, their only income came from the purchase of the different promotional and tourist packages, as well as the membership fees.

It must be remembered that, in this type of fraud, scammers use the money of new customers to pay the commissions promised to older partners and, thus, not raise suspicions. In this way they maintained the situation until it became unsustainable.

Clients chose to position themselves at a certain level by purchasing tourist packages valued between 150 and 5,000 euros, participating in the recruitment of new members and receiving commissions according to the number of customers captured and packages purchased. In this way they generated a first pyramid model based on a tangible asset.

The second phase would begin in December 2014 and would remain until 2016. In this period, the business set aside tourist packages and evolved into the world of online marketing by offering advertising packages, not forgetting the persistent acquisition of new advertising promoters and, thus, increasing the commission received by each client.

The recruitment of partners was based on word of mouth and events held not only in Spain, but also in Portugal and France, which served to project an international image.

The model that followed focused on a tool that determines the popularity of a web page. To this end, customers were offered a simple way to get commissions: through social networks they had to advertise the web page representative of the fabric through three daily copies of said hyperlink.

In this way the client was told that the value of the fabric was increased, which would attract large companies to reach better commercial agreements with the consequent benefits for all. This plan was announced as unique in the business world.

At this stage of the pyramid, the only way to generate income was an intangible asset, as is the case with online marketing.