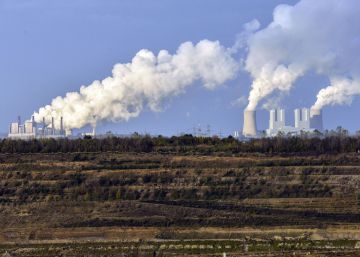 Around climate change there are a handful of uncertainties – will it be enough the push of the younger generations against this emergency for a global awareness? Does the social awareness increase arrive on time? To what extent is technological evolution an ally in battle? – and a certainty: every minute that passes without taking drastic measures is a missed opportunity. Last week it was known that 2019 was the second warmest year on a global scale since there are records -a very short distance from 2016- and the hottest in Europe. And this thursday McKinsey -one of the largest business consultants in the world that works with large corporations- calls on companies, banks and insurers to incorporate climate risk in their decision-making, and puts black on white the economic risks of this hand-caused phenomenon of man: disruptions in food systems that will lead to higher prices; damage to property, infrastructure and supply chains; fewer hours worked outdoors due to heat and less insurance availability, with more expensive premiums.

After more than 10,000 years of “relative stability”, the climatic conditions are changing: in less than a century and a half the global temperature has increased by slightly more than one degree, with important variations between geographies; the pace of this global warming is the highest in 65 million years; The average sea level has risen and the recurrence of phenomena such as hurricanes or heat waves has not stopped growing. Events that “could put hundreds of millions of lives at risk, billions of dollars of economic activity and the physical and natural capital of the world at risk.”

“We were surprised by the magnitude and timing of these physical risks and their potential impact on human life, nature, the economy and the financial system,” acknowledges Dickon Pinner, head of McKinsey’s sustainability practice and one of those responsible for text, which studies six potential impacts – on habitability, work, the food system, physical assets, infrastructure and natural capital – and which finds impacts in at least one of these areas in each and every one of the 105 countries examined. The cost of adaptation also grows over time: if you take measures in 2030, the developing block would have to dedicate between 140,000 and 300,000 million; if it does two decades later, this figure would increase to a range of between 280,000 and 500,000 million, according to United Nations.

On the food level, the consultant warns of the damage that the warming of the oceans entails for the fishing industry, where the decline in catches will call into question the livelihood of between 650 and 800 million people in the absence of greater decarbonization . The risk is even greater in the poorest nations, where dependence on natural capital is highest, and the blow on crops such as rice, wheat, corn and soybeans is especially high. When the crops are reduced, the report authors point out, these foods are at risk of becoming more expensive: “Historical experience,” they add, “suggests that prices grow at least 100% in the short term if production drops by 15%, which would particularly hit the poorest communities [las que mayor porcentaje de renta dedican a alimentación]” On the opposite side, countries nestled in cold regions – such as Canada, Russia and some nations in northern Europe – could take a cut thanks to higher crop yields and the increase in tourism that will flee the heat.

Something similar occurs with the labor factor: less developed countries tend to suffer more waves of extreme heat, a factor that can increase lost hours worked outdoors to around 20%. McKinsey concludes that these countries, which have the lowest share of responsibility, have over 2.5 billion tons of carbon dioxide released into the atmosphere since the Industrial Revolution, they are “in a situation of greater risk”. Hence, climate change is considered one of the main factors of greatest inequality in the future. As for insurance, the New York-based professional services firm appeals to a radical change in the current model of the sector, “insufficient to understand the risk arising from climate change”, and believes that both the capitalization levels of insurers like the premiums they charge customers will have to increase. “Without these changes, some assets in certain regions will be increasingly difficult to secure.”

To illustrate the present and future risks of global warming, McKinsey goes back to a handful of episodes directly linked to warming over the past two decades. Two heat waves (that of 2003 in Europe Y 2013-2014 in Australia) caused, respectively, losses amounting to 15,000 million dollars (13,450 million euros) and a decrease in productivity of around 6,000 million dollars. The Hurricanes Sandy Y Harvey caused damages valued at 187,000 million. The fire of Fort McMurray, in Canada, left in 2016 a bill of 10,000 million dollars. And the powerful floods of 2017 in China, of another 3.5 billion. “Just as cyber risks have been integrated into corporate and public sector decision making, climate change and the risks that result from it should also be presented as an important factor in decision making,” concludes Jonathan Woetzel, director of the McKinsey Global Institute. A notice to full-fledged navigators for the business world.

BP cuts dividend after losing 18.031 million through June to coronavirus