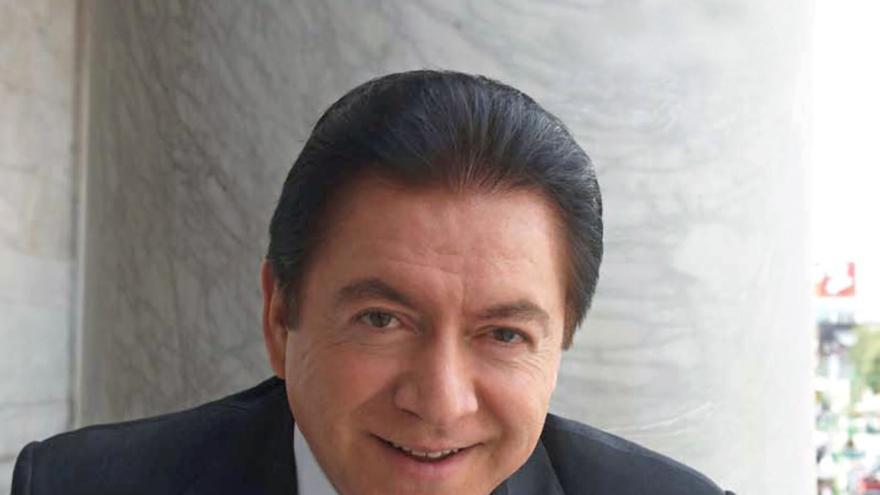 The Mexican tenor Francisco Araiza, singer closely associated with Alfredo Kraus, will be the brand new president of the jury of the VIII Alfredo Kraus International Singing Competition (VIII CICAK), which will celebrate the semifinal and final phases from September 19 to 25 at the Alfredo Kraus Auditorium from Las Palmas de Gran Canaria.

The Italian baritone Leo Nucci, who was initially going to assume the presidency of the VIII CICAK jury, has communicated to the organization your inability to take air travel in this period of pandemic, making it impossible to transfer to Gran Canaria. Nucci has also expressed its full willingness to participate in future editions of the Contest.

The CICAK organization, which is promoted by the Alfredo Kraus International Foundation and the Cabildo de Gran Canaria, is grateful for this total availability, both from Leo Nucci, who they hope will soon be able to count on his participation in the Contest, as well as Francisco Araiza.

The internationally renowned Mexican tenor is dean of the singers of his country that triumphed abroad from the 70s on. Francisco Araiza maintained with Alfredo Kraus a close professional friendship relationship. In his forty-five-year career, Araiza has also performed much of the repertoire that Kraus assumed.

Like the Gran Canaria tenor, Francisco Araiza has been honored with the prestigious title of Kammersänger (chamber singer) by the Vienna Opera. In recent decades, as Alfredo Kraus himself did, Araiza has managed to combine his artistic career with teaching singing in institutions or master classes.

Born in Mexico City, Francisco Araiza studied at the National School of Music of the National University of Mexico (UNAM) and at the National Conservatory of Music, debuting in concert in 1969. After graduating in Business Administration from UNAM, he is winner of the International Competition ARD 1974 of the Bayerischer Rundfunk in Munich, thus improving himself at the Hochschule für Musik und Theater.

Francisco Araiza makes his debut shortly after the Ferrando de Così fan Tutte at the Karlsruhe Opera, becoming in a short time one of the Mozartian tenors of reference. The roles of Belmonte, Idomeneo, Don Ottavio, Ferrando, Tamino or Tito will take you to the festivals of Aix-en-Provence and Salzburg, Covent Garden in London, La Scala in Milan or the Metropolitan in New York. Valuable interpreter of Rossini, his repertoire includes Mosè in Egitto, Semiramide, Il barbiere di Siviglia, La cenerentola, Il viaggio a Reims, Stabat Mater, Messa di Gloria or Petite Messe Solennelle.

Permanent member of the Zurich Opera for thirty-six years, Francisco Araiza has also performed at the operas in Stuttgart, Frankfurt, Hamburg, Berlin, Munich and Vienna; Parma, Florence, Venice and Rome; Marseille and Lyon; Brussels, Prague and Tokyo; Houston, Chicago and San Francisco. He has been invited by the Bayreuth, Edinburgh, Bregenz or Pésaro festivals, and by the theaters of La Zarzuela and Real de Madrid, Liceo de Barcelona, ​​Colón de Buenos Aires or Bellas Artes de Mexico City.

Kammersänger by the Vienna State Opera and Doctor Honoris Causa by the Universidad Michoacana San Nicolás de Hidalgo, Francisco Araiza has also received the Deutscher Schallplattenpreis, the prize for the Best Musical Event 1988 -for his recital in Tokyo-, the Mozart medal of the UNAM , the Mario del Mónaco – Otello d’Oro award, the Golden Mercure 1996 -for his performances in Munich-, the Gold Medal of the National Institute of Fine Arts of Mexico, the Dr. Alfonso Ortiz Tirado Medal or the International Festival Medal Cervantino de Guanajuato in recognition of his career.

As of 1988, Francisco Araiza established in Mexico a singing contest that bears his name, based at the Faculty of Music of the UNAM. Since 1996, he has taught master classes in Vienna, Garmisch, Munich, Zurich, Barcelona, ​​and Mexico City. Professor of singing at the Higher School of Music in Stuttgart, he has also directed the 2020/2021 academic year of the Alfredo Kraus Chair of Singing – Ramón Areces Foundation of the Reina Sofía School of Music in Madrid.