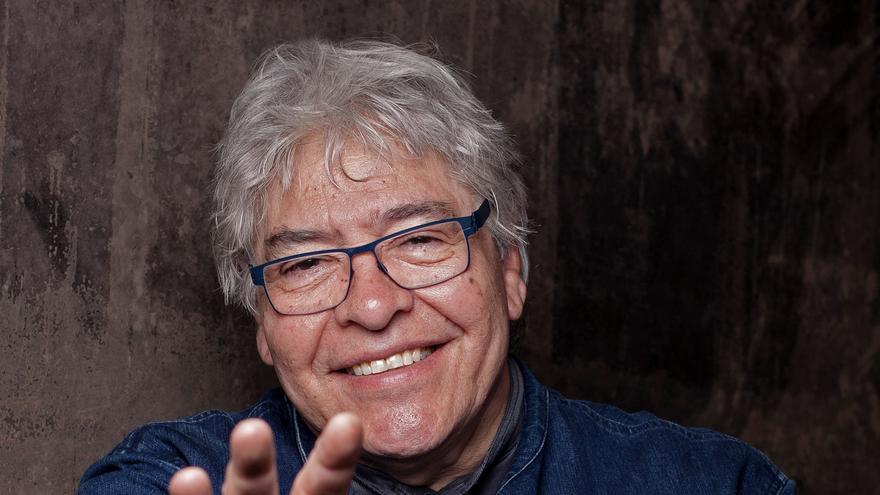 Mexico City, Apr 14 (EFE) .- The Mexican sculptor Sebastián, recognized for his monumental works in Mexico and in the world, has been accepted this Wednesday as a new honorary member of the Academy of Fine Arts of Florence, a cultural institution in Italy whose origins date back to the 18th century.

Sebastián, born Enrique Carbajal, will enter as an honorary member of the Academy on April 27 in a ceremony that will take place at the headquarters of the Italian Academy in the old Ospedale di San Mateo (Hospital of San Mateo) in Florence.

"The recognition of the Academy is an international achievement and a recognition that moves me a lot," the Mexican artist told Efe upon receiving the letter that formalized his admission to the cultural institution, through a letter signed by its director Claudio Rocca.

The Mexican sculptor received the letter from the Florentine Academy while on his trip to the United States for the inauguration of his new sculpture entitled the "Star of San Antonio" and located on the Airport Boulevard in San Antonio (Texas, USA). .

Sebastián expressed his gratitude to the Academy of Florence and to Italy for the affectionate treatment he has always received from Italian culture.

"In the last year, despite the covid-19 pandemic, Italy has treated me well," said Sebastián, highlighting his presence in exhibitions such as 'The great sculptures of Sebastian'.

He added that he is moved because it has reminded him that when he was 35 years old, he was named an honorary academic of the Academy of Arts of Holland and, years later, of that of Mexico.

This appointment of the Academy of Florence has the importance of coming "from nothing less than a focus of universal culture," he said.

The work of San Antonio, five meters high, is made of painted steel, formed by five prisms in the manner of ancient dolmens and menhirs, which are joined at the top, generating in the void the star that gives this work its name.

The sculptor Sebastián was born in 1947 in Camargo, the Mexican state of Chihuahua, and began to develop his career in the late 1960s.

Currently, he has monumental works in Mexican cities such as the capital of the country, and in states such as Jalisco and Chihuahua and also in countries such as the United States, Japan, Egypt, Germany, England and Spain.