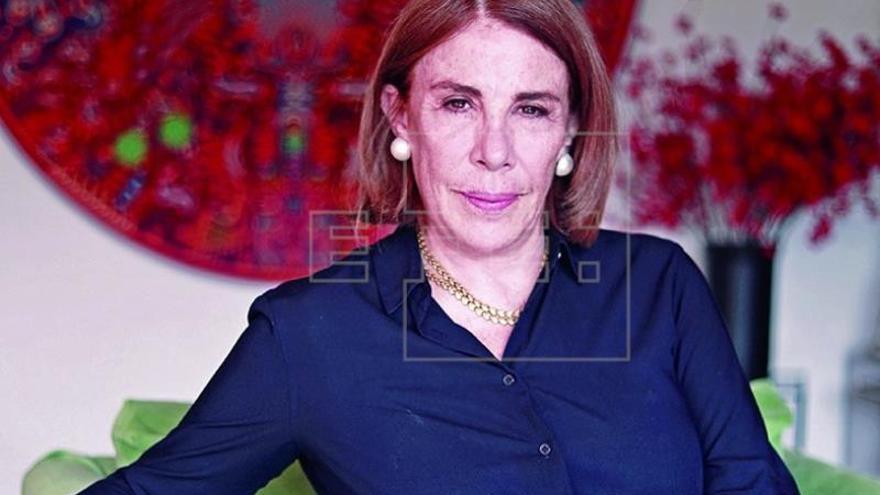 Mexico City, Aug 2 (EFE) .- In a novel much more realistic than it seems, the Mexican writer and presenter Sabina Berman tells the story of a despotic businessman who forces his employees to work in the middle of a pandemic and who wants to be with the presidency of the country at the stroke of a checkbook.

“In the society we live in, there is nothing that cannot be bought. We buy justice, we buy democracy when a candidate hires experts to win. We buy fame, we buy good reputation. Everything is for sale,” laments Berman (City of México, 1955) in an interview with Efe.

“HDP” (Grupo Planeta) tells the story of the magnate Hugo David Prado, whose initials coincide with those of an insult that accurately defines his personality.

“The story is unleashed when the covid pandemic invades the country and the Government orders to close all companies to avoid contagion of workers and their possible death. HDP disobeys the orders because they go against its religion: the religion of money,” Berman narrates.

This story will remind many people in Mexico of that of the magnate Ricardo Salinas Pliego, founder of Grupo Salinas, which includes television networks, banks and stores, which did not close during lockdown due to the pandemic in 2020.

Where then is the border between reality and fiction in “HDP”?

“There is a continuous game that will lead the reader to wonder that. It is a novel documented in reality and I know that readers who have been closer to the facts will recognize the characters and some paintings that are described,” says Berman.

The author wanted to publish this story because it began to happen “around” her and, in this regard, she reflects: “It seldom happens to you as a writer that you are facing an unpublished story and it is important to publish that story.”

Instead of a report, he opted for a novel “that resembles reality in an astonishing way” because the literary genre allowed him some licenses.

THE RELIGION OF MONEY

This whole system is based, according to Berman, on what she calls “the religion of money,” an “unrestricted adherence” to the generation of wealth similar to that of devotees with the Virgin of Guadalupe.

“Earning money is good and losing money is bad. The good are the rich, the billionaires, and the sinners are the poor, that some sin must be committing and the proof is that they are poor,” exemplifies the author.

Only this religion of money can explain why HDP – or read Salinas Pliego if you will – expose its workers, since “the lives of others have no economic value.”

Both in the novel and in reality, the Executive turned a blind eye to the tycoon’s infraction.

“The reason that I find most interesting is the lack of guidance from the Government. Their doubt that there is a more important value than economic value,” says Berman.

The book does not mention Mexico and its author warns that such a situation can happen in other parts of the world.

He gives as an example that the now former US President Donald Trump gave permission for packaging companies to continue their production in Florida, despite registering deaths from coronavirus among his employees.

And, in the same way that a tycoon like Trump was in charge of the United States, Berman believes that “of course” an HDP can reach the presidency of Mexico.

“I have a lot of distrust of human beings and more after the pandemic. I have no faith in them,” he says.