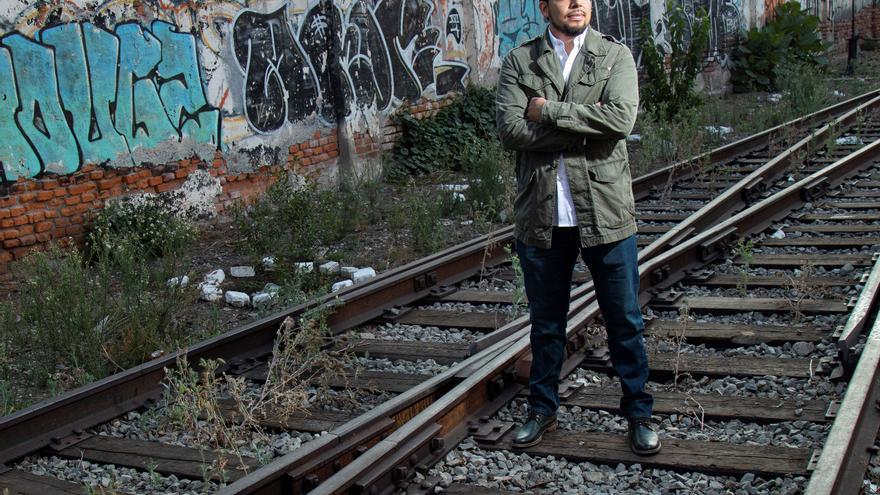 Mexico City, Jul 10 (EFE) .- The Nazi concentration camp Buchenwald, in Germany, is the scene where two men confined in 1944 during World War II and whose story, based on real events, recovers the Mexican journalist Julio Godínez in his first book.

In “The Mexican of Buchenwald” Godínez (Mexico City, 1980) rescues the stories of José Luis Salazar and Juan Rodrigo del Fierro, one of them with Mexican roots, who in 1944 arrived at the facilities of this concentration camp where prisoners lived. of more than 30 different nationalities.

“They are two real stories, (two Mexicans) who came to this concentration camp in 1944, but the dialogues, what happens to them, is fiction,” Godínez explains this Saturday in an interview with Efe.

Through his first book, the Mexican writer recounts the stories of hope and struggle of these men who witnessed and lived through painful and shocking scenes of the Nazi Holocaust.

Among its pages, it describes, for example, a blond boy stoning the freight wagon where the prisoners were traveling en route to Buchenwald, or the scene of a man who tries to cross an electrified fence to escape and dies, or the pieces of human skin ready to make objects.

“It is implausible that Mexicans have been, or a Mexican has been there, to witness this,” he says.

Upon entering their history, Godínez relates that although both said they were Mexican, only one of them was of origin, since Salazar, in his eagerness to escape the war towards Mexico, said he was originally from El Paso, locating him in Mexico; although in reality he had been born in a town called Archidona, in Malaga.

While Del Fierro came from a wealthy family of an American mother and a Mexican father, born in the community of Nazas, in Durango, although he did not manage to discover how the family came to Europe.

Godínez learned the stories of these two Mexican prisoners in the Nazi concentration camp and traced them for several years until he managed, with the help of the Salazar family, to complete a puzzle that seemed to have no shape.

These archives contain more than 13 million documents on victims of the Nazi regime, which contain records with names, ages, places of birth and families of those who were admitted to German concentration camps during World War II (1939-1945).

When inquiring into the names of the Mexicans, he found that Salazar mentioned having family in El Paso, Mexico, “but those of us who are Mexicans know that El Paso is part of the United States,” which caught his attention.

Later, it found that José Luis, at some point after the war, sought to collect compensation for having been deported and having suffered what he suffered.

“When he puts the papers in France trying to get Germany to pay him, he mentions the name of his four children and the name of the eldest came, Florian Salazar Martín,” he says.

Godínez found Florian, who was a public official in a town near Marseille (France), after looking for his name on the internet and in public telephone directories, and after a stroke of luck because the first number found in these pages was that of the son older than José Luis.

This is how he managed to rescue these stories of courage and resistance from both men, very young in 1944, who live the dilemma of dying or trying to survive by joining a group of the so-called International Resistance, which really existed and was clandestinely formed in the inside Buchenwald with the aim of overthrowing the Nazis and breaking free.

Although these events occurred more than half a century ago, Godínez considers that they continue to be valid until the present time.

“These two boys were taken away their youth. And the conflicts around the history of humanity, the conflicts between human beings have done that: the seizure of a part of people’s lives,” he says.

“For practically 10 years he was in conflicts. How does that make a difference to a boy today from the states of Michoacán or Tamaulipas (Mexico) or North Africa or from other conflict zones that have some type of violence,” he questions.

Finally, he considers that his book is a call to reflection on how this type of conflict can affect anyone and reveal stories that for years were not discovered.

This reflection focuses on a single question: “What would you do to survive?”