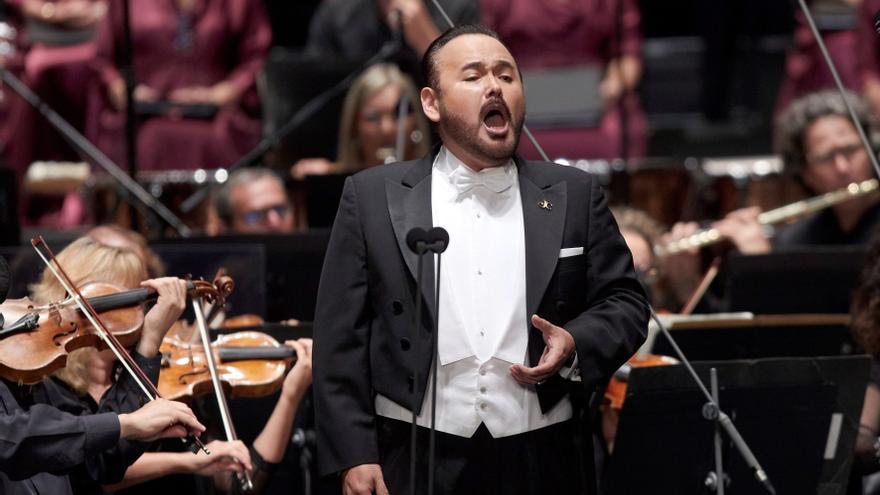 Peralada (Girona), Aug 1 (EFE) .- The Mexican tenor Javier Camarena has put a lyrical clasp to the 2021 edition of the Peralada festival, an appointment that has taken a step in favor of culture by carrying out an edition complicated by restrictions caused by the pandemic.

Those responsible for programming have resisted a new version, fundamentally telematic, such as that of 2020 and, with the obligatory health protocols, they have filled the auditorium at each audition to vindicate opera, dance and contemporary music as disciplines capable of helping to overcome the emotional exhaustion derived from the coronavirus.

And also as job generators, because there are not a few who live from the cultural sector and need someone willing to program even when circumstances are adverse.

Javier Camarena has been invited to close this particular edition concentrated in just over two weeks and he has done so with his usual delivery on stage.

Camarena had already set foot on this same stage in 2018 and, now, he has done it again with a lyrical concert accompanied by the stable bases of the Gran Teatro del Liceo under the baton of Riccardo Frizza, who has replaced Guillermo García Calvo at the last moment

The program chosen by the Mexican began with “Lakmé”, the opera by Léo Delibes and, after reviewing the work of the Parisian author, he made the leap to Bizet.

After that French block, it was the turn for Donizetti and his “Don Pasquale” before taking over with a classic like Mozart.

Hence, time for operas in the memory of the whole world such as Madame Butterfly or the aria “Che gelida manina” from La Bohème, both pieces created by Puccini.

With Donizetti, Javier Camarena has put an end to the program, after which an addition has arrived in which he has highlighted “La donna è mobile” by Verdi and also a dedication to his family, present in the auditorium, and to whom has dedicated a bolero.

At the end of the recital, Camarena has won an ovation from the grateful public with his effort, but also with a festival that has raised the flag of culture with the wind blowing against it.

The named best singer of this year at the International Opera Awards has therefore put the finishing touch on an edition positively valued by those in charge in circumstances such as the current ones.

The Mexican thus closes a festival that has reached its 35th anniversary and that started on July 16 with the ballet Béjart de Lausanne.

That beginning was a declaration of intentions, since the chosen montage was the “Ballet for life”, a creation with music by Queen conceived as a song to carry on despite the damage caused at the time by another virus, that time that of AIDS. .

Peralada thus launched a cry of opposition to the covid in the form of an example and a call to stand up to the pandemic without ceasing to comply with all the necessary protocols and sanitary measures.

Then came the Barcelona Ballet, the “Under the stars” gala, the voice of Canadian Rufus Wainwright or an opera recital by world stars such as Jonas Kaufmann, Sondra Radvanovsky and Carlos Álvarez.

There was also a knock on the door, a claim, the own production of “Orlando”, a daring in the current circumstances, but which the organization of the festival has not given up despite the difficulties.

Finally, the closure of Camarena has closed this concentrated edition of an appointment that hopes to recover its usual dates and capacities next year, although that remains in the hands of science.