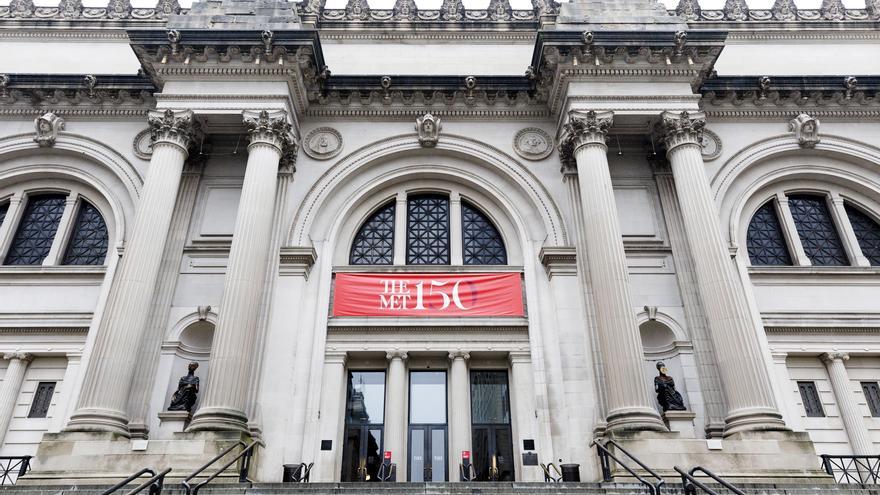 New York, Apr 26 (EFE) .- The Metropolitan Museum of New York (Met) was evacuated this Monday due to the presence of a suspicious package in front of the institution, which turned out to be a suitcase with personal belongings, but which it took to the Police from the city to cut Fifth Avenue, one of the main arteries of the city.

According to the police, the agents went to “investigate information about a suspicious package in front of the Met,” so Fifth Avenue, between 81st and 84th streets, was cut off from both vehicular and pedestrian traffic for several hours in the middle. late.

“Please avoid the area,” police from Precinct 19, located near the museum, said in an online petition.

However, two hours later the same police station assured that everything had been a false alarm.

“The New York Police Special Operations Unit has deemed the Fifth Avenue package across from the MET to be safe,” it confirmed in a statement.

In addition, a police spokesman confirmed to the media that “a suitcase was abandoned outside the Met”, from which cables were sticking out.

The local Gothamist media detailed that around 2:00 p.m. local time (6:00 p.m. GMT), the New York police received information that there was an “abandoned bag” near the museum’s entrance, prompting law enforcement to deploy their unit. of explosives.

Several users of social networks confirmed the event: “I have just been evacuated from the Met. The police are responding to a possible bomb threat,” said a visitor to the museum on Twitter, while another pointed out that he had also been evacuated and had “a lot of cops” in the area.

“After the explosives unit, the firefighters, (…) and the canine unit were deployed, it turns out that it was only a suitcase full of clothes,” a photographer who approached the scene of the incident explained to Gothamist, although the police have not yet confirmed the contents of the package that led to the evacuation.

The Metropolitan Museum of New York is considered the largest museum in the United States, having more than 186,000 square meters of surface and receiving about 7 million visitors a year, a number that has been reduced by the pandemic. since in 2020 it had to close its doors for more than five months.