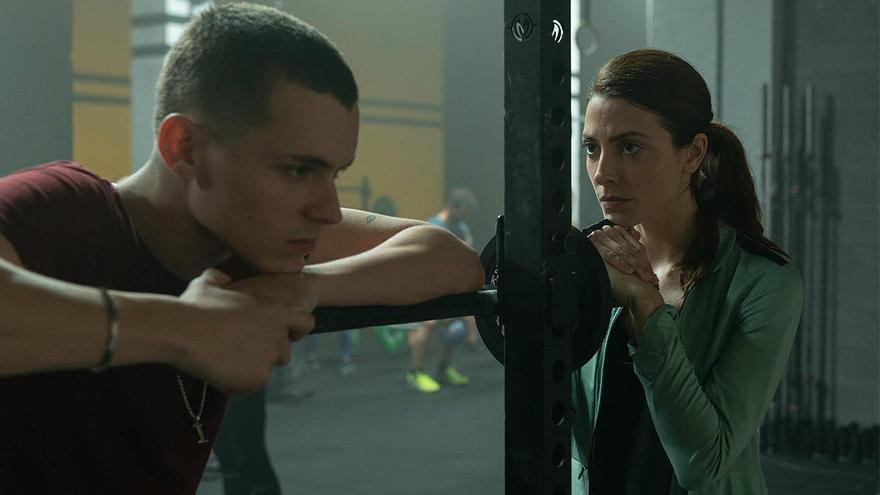 ‘The mess you leave‘has become the new Spanish phenomenon of Netflix. From one of the creators of ‘Elite‘, Carlos Montero, the miniseries starring Inma Cuesta, Bárbara Lennie, Tamar Novas, Roberto Enríquez and Arón Piper, is an adaptation of the homonymous novel that Montero himself wrote in 2016 and that won the XX Primevera Novel Prize.

Like any audiovisual adaptation of a novel, it is impossible to bring everything written to the screen, despite being the same author. In fact, Motero takes the opportunity to make several changes with respect to the original material, in terms of narrative, knowing how to take his book to another medium such as a television series.

Now, what are the changes? Thus, here are the 10 main differences between the novel and the Netflix series. As many fans will know, ‘spoilers’ are coming.

The novel only has one narrative line, which is Raquel’s, who is discovering what happened to her predecessor in the position of professor of Language and Literature, Viruca. For his television version, Montero opts for rrecover the different timelines (how well they worked with ‘Elite’). As a result, more information about Viruca and its fate can be made available to the public.

2. Raquel, the only protagonist

Since there is only one narrative line, that of Raquel, Viruca, actually, is a much more secondary character, almost a Macguffin, because she is dead. By playing two timelines in the series, Viruca goes on to have a co-starring role alongside Raquel.

In the series, Roi is traumatized to find Viruca’s corpse at the lake, which leads him to initiate his campaign of harassing Raquel to force her to investigate on her own. In the novel, the teacher’s body finds it a photographer during a wedding photoshoot.

4. There is no scene between Raquel and Viruca

The connection between Raquel and Viruca is much stronger in the series, getting to share a scene in which both are in the waiting room of a hospital. This does not happen in the novel.

In the series, initially, Mauro is very uncooperative with Raquel. What’s more, he puts stones in his investigation, until he finally decides to collaborate with Viruca’s substitute. In the novel, the character played by Roberto Enríquez is more accessible, helping Raquel in her research much more, even giving her the keys to the deceased’s apartment.

6. The importance of Acevedo

In the original novel, Acevedo has a much more important role and his relationship with Raquel is more friendly. In the novel, it is explained that the citizens of Novariz suffer a high level of unemployment because the sausage company that employed most of the inhabitants, went bankrupt. This company was from Acevedo, which did not reduce its lifestyle at all.

Also, in the book, he gains Raquel’s trust, which makes kidnapping her easier. In the series, he kidnaps her after telling her that Germán has tried to commit suicide, while, in the novel, Acevedo tells Raquel that he can help him pay Germán’s bail and that they should go home.

An aesthetic element that disappears in the series is Iago’s toupee, the rebellious boy played by Arón Piper, who sports a hairstyle very similar to Ander’s in the third season of ‘Elite’. According to the author himself, this element was not relevant for his audiovisual version and he decided not to take it into account.

8. Raquel’s relationship with her mother

In both versions, Raquel has not overcome the death of her mother. But in the novel it makes more sense, since he had not spoken to his mother for two years and they notify him of his death by phone. Not having said goodbye before causes a greater trauma than having been able to accompany the deceased in his last days, which happens in the series.

In the series, Germán is portrayed worse than in the novel, as he makes more mistakesAs the corruption plot related to the Araujo was not there, as well as the way in which he ends up in jail. In the series, Raquel accuses her husband, while, in the novel, he ends up behind bars after picking up Roi, who suffered a beating by Iago when he discovers him in his room.

In the novel, the person who is going to write a novel about what happened is not Raquel, but Germán. The funny thing is that, in the series, he tells her not to be shy when it comes to portraying her husband; which is the other way around in the novel, in which Raquel asks Germán not to be bad when writing about her husband.