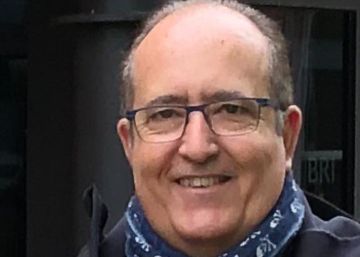 José Juan Rodríguez is a senior professor of Nutrition and Bromatology at the Autonomous University of Barcelona and a member of the Spanish Society for Food Safety. On June 7, he was one of the organizers of the first Barcelona Food Safety Forum, in which academia, industry and Administrations discussed the sector and the main challenges it must face. The listeria occupied a prominent place in the interventions.

Question. Only two months ago you talked about the dangers of the bacteria and now this great outbreak has occurred. It was only a matter of time?
Answer. No. In the forum we warn that Spain is one of the countries in Europe with more cases, but that they were not producing large shoots, as in other places. Until now, what we had here was a trickle of cases. That is, things are being done reasonably well, but there is still ample room for improvement. This outbreak is something else.

Q. What is it and what does it mean?
R. Is the greatest outbreak we have never registered in our country. And it has happened in a product with a relatively small production for the volumes that the industry handles. This assumes that something has been done wrong and controls have failed. Surely we are talking about a high level of pollution.

Q. What controls protect us from listeria?
R. Not only from listeria, but also from other pathogens. The European Union has established a risk assessment and management system, which means that each company must design, execute and record the necessary measures to ensure that the food it brings to the market is safe. The Administration will then monitor through inspectors that these measures are effective and are being applied correctly.

Q. But what measures are usually applied?
R. It is that it will depend on the company, its size, its products … For example, one that sells raw food will control the entry of raw materials a lot, while another that puts its products at high temperatures [which eliminate pathogens] will focus more surveillance in the processes after this point, because he knows that they are sterilized from the oven That is the objective of the norm, to be flexible enough to adapt to an almost infinite and strict casuistry to guarantee the safety of the food that reaches the market.

Q. And there are no controls at the factory exit?
R. Yes. The regulations make it necessary to analyze a minimum of five samples per batch of product to ensure that it does not have listeria, but the industry usually goes further and analyzes more samples or fractionating very large batches to have better levels of safety.

Q. So what could have happened?
R. The Andalusian Board is investigating it. But it is evident that the meat left without listeria from the oven and was subsequently contaminated, indicating that there was some focus on the facilities. It is also obvious that the analyzes prior to the product's release to the market did not detect the bacteria.

Q. How difficult is it to end listeria?
A. It is a common pathogen, resistant and capable of developing biofilms, which are communities of microorganisms in the form of transparent films that develop on almost any surface. These communities are difficult to detect and also protect themselves against cleaning products with a kind of barrier. When you have them in a factory, at some point they will jump to food, so you have to be very strict in the detection and disposal measures of biofilms and in the controls on the final product. In this field, the industry must advance in the development and application of new hygiene systems and products.