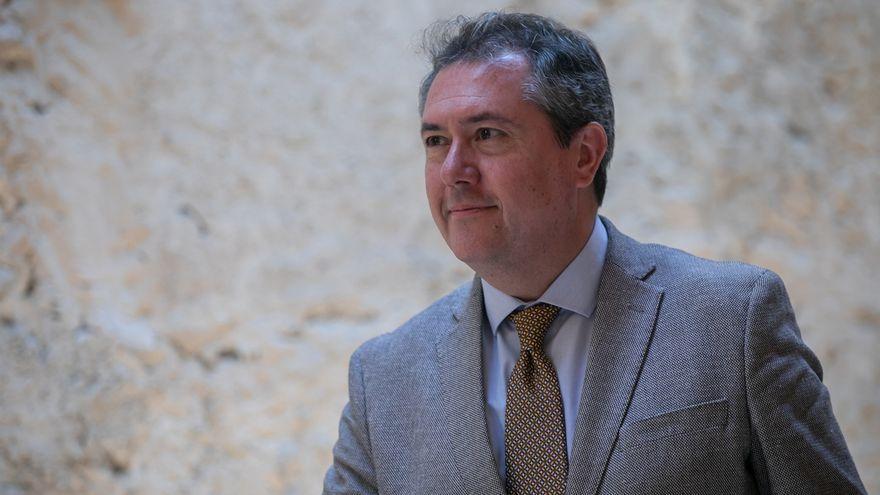 Neither María Jesús Montero, nor Carmen Calvo, nor Felipe Sicilia… Nor any other of the names that appeared more or less interested in the pools of the socialist cenacles. The Andalusian PSOE asks for change. It was a cry. But the relay should not even be promoted from Madrid. Nor is it headed by someone imposed by Ferraz. Nor did it fracture the federations that mostly wanted to turn the page of an outdated “susanismo” as soon as possible.

There is already consensus among critics and also someone willing to take the step to become the new leader of Andalusian socialism. With permission, of course, from the militancy and some primaries that, except for the electoral advance in Andalusia, will not be held until the end of the year. Still, the mayor of Seville, Juan Espadas, is determined and ready to break into the race for Diaz’s succession. And he is preparing to announce it after Easter, as confirmed by those who help him these days to build his story and a party project that allows Andalusian socialism to regain lost institutional power, in addition to helping to widen a new electoral victory for Sánchez in the upcoming generals.

Espadas has the blessing of Madrid because it is a candidacy promoted by Andalusian socialism. Because it is a proper name well known enough not to have to go through a landing process. Because he is someone already tested at the polls. Because it has a moderate and transversal profile. And for his proven willingness to dialogue and agreement with other parties, to the left and to the right of the PSOE.

Thus begins the countdown of a political cycle led by Díaz that many believed ended even before the general secretary left the Junta de Andalucía. Specifically, since he lost, even with the support of notables and party cadres, the primaries to lead the federal PSOE against a Sánchez whom he promoted to the general secretary with the same enthusiasm that he later put on to force his resignation. There was never a more obscene display of the accumulation of organic power like the one Diaz showed in those days, and never after was there a greater humiliation for those who believed themselves to be all-powerful and infallible.

By active and passive, Andalusian socialism had made known to the regional leadership the need to open a new time that would put an end to the outdated organic and political project of Susana Díaz. All attempts were in vain. Also the successive exits that Pedro Sánchez showed to the secretary general of the PSOE-A to facilitate a peaceful replacement: a gap in the list to the European Parliament, the presidency of the Senate and even a ministry in the Government of Spain, as it came to offer few weeks ago. Nothing has deterred Triana from continuing to lead Andalusian socialism and has broadcast it in public and in private.

Ferraz has also sent messages to his increasingly reduced circle of irreducible to try to convince the once all-powerful secretary general, and nothing. But Andalusia is an essential electoral engine for the PSOE to recover a percentage of the vote in general above 30%, and Sánchez is not willing to gamble at the polls with a “seized” project in which he was the main stronghold of Spanish socialism. Far from taking a step back and even knowing his loss of media-political influence, Díaz has spent the last few months unleashing his organic agenda to the point of visiting up to five Andalusian towns in a single day.

Not even the worst of the scenarios studied by those who cover the next candidacy of Espadas – and up to four have been drawn – throws an even Pyrrhic victory for the current secretary general who, if she reaches a primary, could suffer a new and definitive defeat that already it would remove her from politics forever.

Díaz has played to lengthen the times, even to believe that a scenario of possible electoral advance in Andalusia would favor his candidacy for the Junta by the fast track, as has happened in Madrid with Ángel Gabilondo. The advancement is not on the horizon of Juan Manuel Moreno, but if it were, the deadlines would allow the celebration of primaries in the PSOE to choose a candidate, and much more with an official candidate already in contention such as Juan Espadas at the turn of the Week Santa

That of the mayor of Seville, they explain from the PSOE-A, is not an improvised candidacy, but “the painstaking work of many months in the eight Andalusian provinces -also in Seville, the federation in which Díaz is a member of- and in the intermediate cities. , where organic power is more mobilized than ever “, this time against a Díaz who, in the opinion of some critics,” will have no choice but to withdraw from the race when he throws numbers and verifies that he no longer adds, mobilizes, or frightens as of old “.

With the current climate of political instability after the expansive wave of the motion of censure in Murcia, he wants to have the organic machinery ready, and Andalusia is not just any territory, so it is also urgent for the federal leadership to resolve the leadership of Andalusian socialism sooner. Hence the recent lunch of the Mayor of Seville with the Secretary for Organization, José Luis Ábalos, and his numbers two, Santos Cerdán, in Madrid unveiled by El Confidencial, and joined by Pedro Sánchez to see first-hand the disposition of Espadas to contest the Andalusian leadership. The mayor said yes and rushes the game over for Díaz.

They say in Seville that, ironies of politics, it was Díaz who insisted in his day that Espadas was a candidate for mayor of the Seville capital so that Alfonso Rodríguez Gómez de Célis, the most critical among the critics of the former president, who was then the number two scored by Alfredo Sánchez Monteseirín when we have the information.

The game has already started.