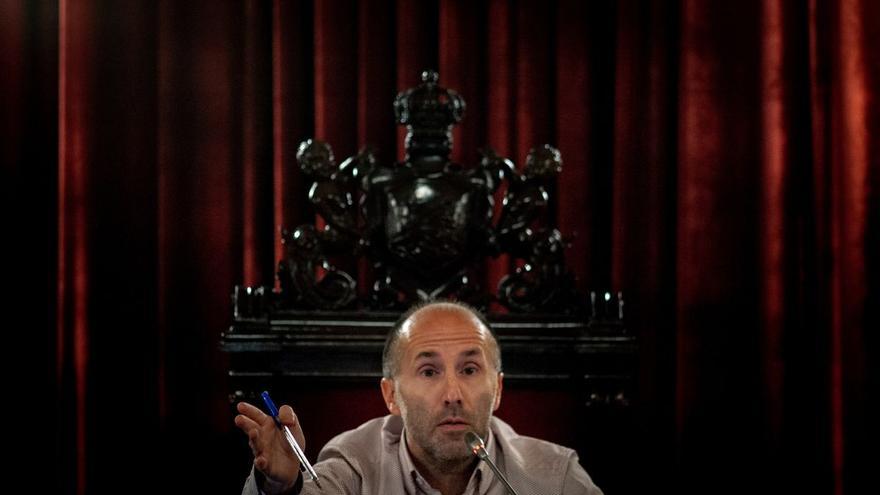 The mayor of Ourense, Gonzalo Pérez Jácome, opens the door to the Popular Party to return to co-govern “tomorrow.” This is how it has been pronounced, in an appearance before the media, after this week transcending the judicial order that provisionally files the investigation of its alleged irregularities in the economic management and subsidies of its training, Democracia Ourensana (DO).

“You are all here for the main question of whether we are going to allow the Popular Party to rule with us again. And despite the fact that they exercised the presumption of guilt against me, we are here for the citizenship and we are professionals, we are open to the Popular Party joins the government group, “he assured.

In the same way, he has declared that he would co-govern “the same as before all this happened” – in reference to the investigation of the alleged irregularities of the DO accounts that were the causes that the Popular Party alleged to break the coalition. What “has to be looked for is solidity”, Jácome stressed, to add that “neither” has “a problem in agreeing with Ciudadanos, PSOE or BNG”.

However, Jácome has indicated that the offer to return to the Popular Party is due to the fact that “it is right now in a situation of weakness”, ruling out the possibility of the motion of censure together with the Socialist Party. “The Popular Party has an interest in the Mayor’s Office and the Socialist Party as well and it is a position that is not given away,” he warned.

Regarding the complaints filed in court by councilors from his own group and which have now been archived, Jácome assures: “It shows that they had no basis (…). I already said it when they assured that I would go to jail, that They weren’t even going to call me to testify because there is nothing. ” The suspicions raised to the courts by former collaborators of Jácome served as an excuse for the PP to break the government of the third city of Galicia in September. Then, everyone was sure that Jácome would end up resigning but his decision was the opposite and he decided to hold on to local power with the support of only two councilors. Now, and judicial file through, the controversial mayor of Ourense cries for the return home of his most intimate enemies.