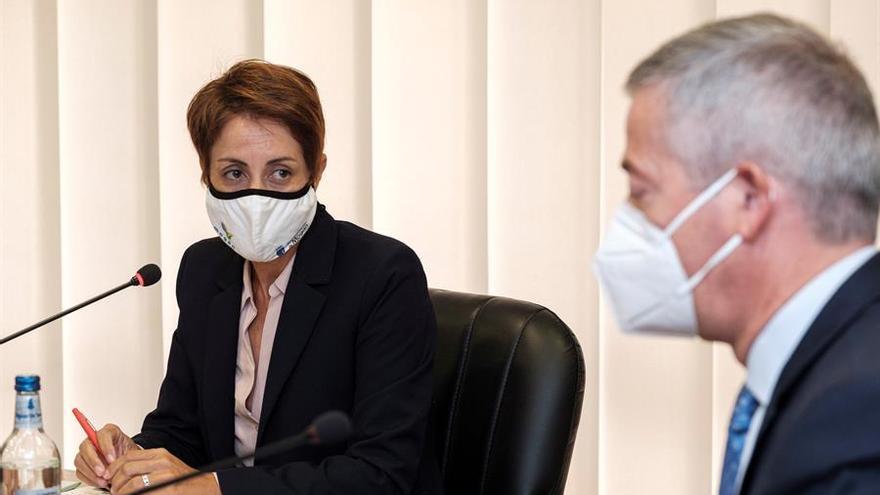 The Mogán City Council, in the south of Gran Canaria and where the Arguineguín pier is located, has demanded that the State transfer immigrants who are now staying in tourist complexes in the municipality to other types of humanitarian resources. Mayor Onalia Bueno (Ciuca) gives a term until the end of the year or, she threatens, will open disciplinary proceedings against these hotel establishments.

Onalia Bueno explained in a press conference this Thursday that he sets the date of December 31 as a limit because that day the contracts that the hotels used in the host network have signed with the Ministry of Migration expire. However, Minister Escrivá himself, in his recent visit to the Islands, already announced that before the end of the year these people would be transferred to other accommodation resources.

According to their data, the State is spending about 300,000 euros a day to accommodate people who arrive by boat in tourist complexes in the Canary Islands because they do not use other types of facilities.

At present, approximately 5,500 migrants (official data given on November 20) are staying in hotel establishments in the Canary Islands due to the fact that the available reception resources are full after the massive arrival of boats and cayucos to the islands in recent months. In fact, so far this year some 20,000 people in an irregular situation have arrived on the Canary Islands by sea.