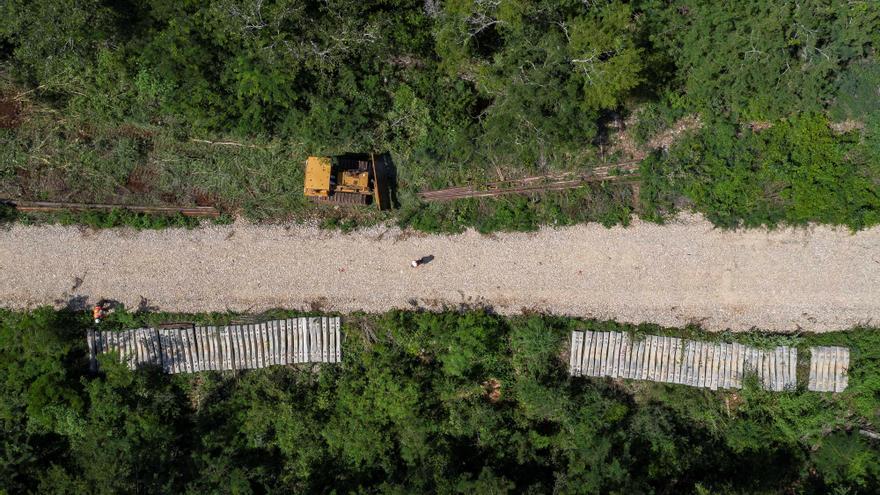 Mexico, Feb 7 (EFE) .- The Mayan Train will have an advance of 30% whatever happens by the end of 2021, said in an interview with Efe Rogelio Jiménez Pons, general director of the National Fund for the Promotion of Tourism (Fonatur), an organization in charge of the emblematic work of the Mexican Government for the southeast of the country.

“This year we have to achieve a joint 30% progress in all sections, it is a general average, obviously also the start of some of the terminals,” said the official.

The Maya Train, one of the priority works of President Andrés Manuel López Obrador, will travel about 1,554 kilometers in 7 sections with 19 stations for transporting local passengers, tourists and cargo in the five southeastern states: Chiapas, Tabasco, Campeche, Yucatán and Quintana Roo.

Its construction began last June with the goal of “finishing everything” in the second half of 2023, but the works have suffered setbacks, acknowledged Jiménez Pons.

“On the one hand it was the covid, which has delayed us considerably, and on the other hand some substantially important events in the field of climate, were two hurricanes and four tropical storms,” ​​he admitted.

The project has also faced legal recourse from civil associations against new works in sections of Campeche and Yucatán for arguing that the public consultations of indigenous peoples were insufficient due to the lack of an environmental impact statement.

“It has not affected us because as long as we have 1,500 kilometers of jobs and this is not generalized, it has been very punctual, for example, as we are working where there are rights of way, an amparo cannot stop a right of a communication route in the country” , argued Jiménez Pons.

The head of Fonatur said that the associations “have every right to put in the protection they want,” but he affirmed that these organizations do not represent the original communities, but rather obey political interests that are opposed to the López Obrador government.

“It is an activity of a political nature that is respectable, but you do have to locate them, you have to understand that this is in the realm of other interests, I think it has been demonstrated and it will be increasingly evident that the communities are going to be directly benefited by the presence of the train, “he said.

Jiménez Pons cited a study by the United Nations Human Settlements Program (UN-Habitat) that predicts the creation of 1 million permanent jobs within the next 10 years.

“The Mayan Train is obliged to generate these opportunities among the community, among all the groups that participate there, those that are nearby and the entire southeast has to be benefited by this,” he declared.

The official said that “the empowerment of indigenous groups and native groups in the area through maintaining their land is very important,” so they “are part of the real estate business” with the added value they will obtain.

As the first impact of the project, the manager said that the Government has paid the right of way to the people “that was owed to it for decades.”

He added that the work listens to critical voices, but promised that the train will protect archaeological and environmental zones with the inclusion of communities.

THE PARTICIPATION OF THE ARMY

The official justified the participation of the Armed Forces in the construction of sections 6 and 7 and in the formation of a company that will operate part of the train, as López Obrador announced last year.

“They have a lot of capacity, it is literally an Army, and the military engineers have verified not only their efficiency, but also savings, so the president sees in them a very consistent constructive strategy,” he said.

The Maya Train will also have Deutsche Bank and Renfe as shadow operators, but the user will not feel the difference when moving from one section to another, he promised.

“The objective is to create income conditions so that the Army can have sources of income for military pensions and for the needs they have, then that frees up public spending,” he said.