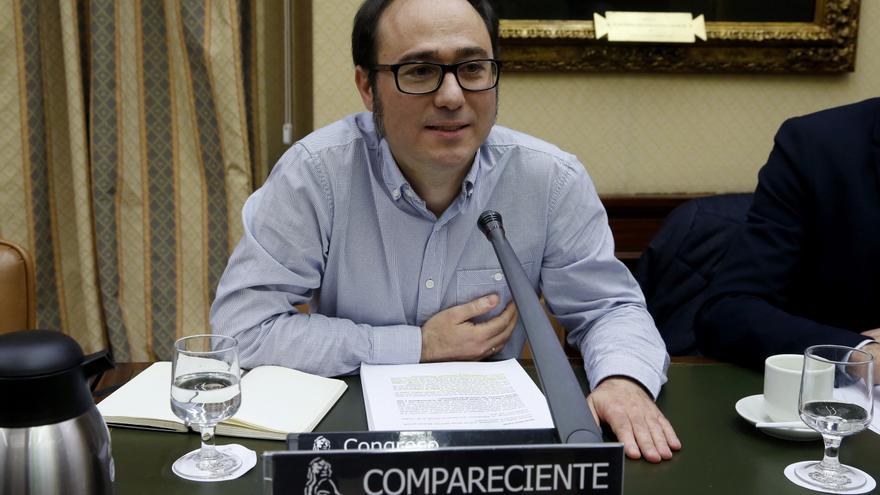 The manager and the treasurer of Podemos, Rocío Esther Val and Daniel de Frutos, respectively, have insisted this Monday in their statement as defendants before the judge that Teresa Arévalo, currently an advisor to the Ministry of Equality, was not dedicated to caring for the children of the now minister, Irene Montero, when she was a candidate for the 2019 general elections, a period to which the investigated facts are limited.

Val and De Frutos have ratified before the head of the Court of Instruction Number 46 of Madrid, José María Escribano, what Arévalo herself already exposed in her appearance as a defendant last Wednesday.

Thus, according to legal sources consulted by Europa Press, they have affirmed that Arevalo did not have among his functions to take care of Montero’s children, but that he was his chief of staff and as such accompanied her to the electoral events. Val has stated in this sense that, since the girl was an infant, she always went with her mother and that at specific moments other members of her team and the party, including the manager herself, cared for the baby.

In addition, they have once again stressed that Arévalo was then paid from the Podemos parliamentary group, not from the ‘purple’ party. In this regard, the treasurer explained that the trip to Alicante to attend an electoral rally, which focuses on this cause, was included in the electoral expenses for travel or transportation, recalling that they were already endorsed by the Court of Accounts.

At first it was expected that both would go to court as witnesses, but the Prosecutor’s Office asked the magistrate for his imputation, considering that “both in the case of the electoral crime (for expenses for personal benefit paid with electoral money) and in that of unfair administration “the two, as manager and treasurer, were the ones who” ordered the payment. ”

Notary public investigates if there was any crime in the trip that the then candidate Irene Montero, her youngest daughter, Arévalo as Chief of Cabinet and the rest of the electoral team made to Alicante on October 20, 2019. According to the account of the former responsible of Regulatory Compliance of Podemos Mónica Carmona, who will appear before Notary Public on July 27, the ‘purple’ leader left the girl in the care of her collaborator while she participated in the rally.

We can: “There is no cause”

The lawyer for the Podemos treasurer, Raúl Maíllo, understands that these statements confirm that “there is no cause.” “The fallacious accusation that was maintained from the beginning continues to crumble,” he told the press from the Plaza de Castilla Courts.

For the lawyer of De Frutos, the “hoax” that in his opinion the accusation against Arévalo would represent has been exposed because “it continues to be proven that he carried out his ordinary functions as head of the Cabinet” of Montero.

Maíllo has been sure that the alleged babysitting functions of Montero’s daughter “will not be able to be proven”, because “they do not exist”, so he has hoped that the procedure will conclude “as soon as possible.”