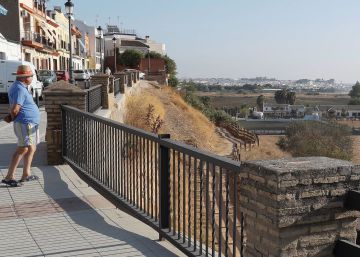 The agreement reached last July on the European recovery fund gives hope to the sectors and groups most affected by the crisis caused by the coronavirus pandemic. The aid that will be granted to the Member States will be conditional on the prior presentation of reform and investment plans that will have to focus on promoting digitization, the ecological transition or social and territorial cohesion. For this reason, the organizations that fight for the demographic challenge see in them an opportunity to alleviate the problems that the pandemic has evidenced in rural areas. Even so, they ensure that the key is not only in the amount of community funds received for this purpose but in how they will be managed.

From the Network of Sparsely Populated Areas of Southern Europe (SSPA, for its acronym in English) they emphasize that in Spain a reformulation of territorial cohesion policies that take more into account the reality of population centers would be necessary. The coordinator of this European lobby, Sara Bianchi, points out digitization as a starting point, but not only with the aim that Spain is 100% connected, but that it does so with a "next generation" service, which allows it to compete with other territories.

The president of the Spanish Network for Rural Development (REDR), Secundino Caso, agrees in this regard and assures that "fiber optics to the last house is a window to the world, an opportunity, something key", and more after the pandemic , when in his opinion it will be key to know how and where to invest. For now, the Spain Digital Agenda, which the Government presented this month, has the objective of guaranteeing that 100% of the population has 100 Mbps coverage in 2025,

Likewise, the need to telework due to the crisis, evidenced the shortcomings of the infrastructure network and also of the most basic systems, such as healthcare. The isolation of some areas was more protection against Covid, "but once it enters, the territory is the most vulnerable," says the president of the Spanish Association against Depopulation, Lidia Díaz.

In this sense, Bianchi (SSPA) also underlines that the pandemic shook provinces such as Soria, one of the most affected by the virus in Europe, "which has a health network characterized by poor accessibility and lack of personal". In fact, putting the focus of community aid on emptied Spain is something that the governments of the communities of Castilla y León, Aragón and Castilla-La Mancha expressly demand, which have the three most depopulated provinces in the country: Soria, Cuenca and Teruel, with a density of less than 12.5 inhabitants per square kilometer.

On the other hand, Lidia Díaz assures that there are rural areas with "a very basic economic network", which have received a great impact in recent months, despite the importance of agriculture and livestock, which although they did not stop the activity, "Many entrepreneurs could not sell their products at a normal level." She assures that the food banks increased their demand considerably because the families had economic difficulties.

Faced with this, Díaz points out that the implementation of the Minimum Vital Income (IMV), a measure adopted by the Government in the midst of the health crisis, can help these people not leave the towns and decide to stay to look for the I work without resorting to the big cities.

Likewise, it points out that the pandemic has shown the need to invest in national industry, to provide the country with basic resources without having to depend on the outside, which translates into an opportunity to create and relocate companies from different sectors in small municipalities , "Also with a high technological component" that activates the territories and has opportunities on a global scale, according to Sara Bianchi, who highlights tax incentives and investment in R&D as one of the keys to recovery.

"The funds have to be directed not to spend them as soon as possible, but to be clear about the measures that are going to be adopted," he stresses, highlighting the conclusions regarding the territorial structuring that were adopted within the framework of the Commission for Reconstruction, which was created in Congress to collect anti-crisis proposals, which are in line with the requests of rural organizations. Thus, all of them point out that the European fund, which will make available to Spain up to 140,000 million (half in transfers) offers many possibilities, aligned with the objectives of the Multiannual Financial Framework, which aspire to a green and connected Europe.