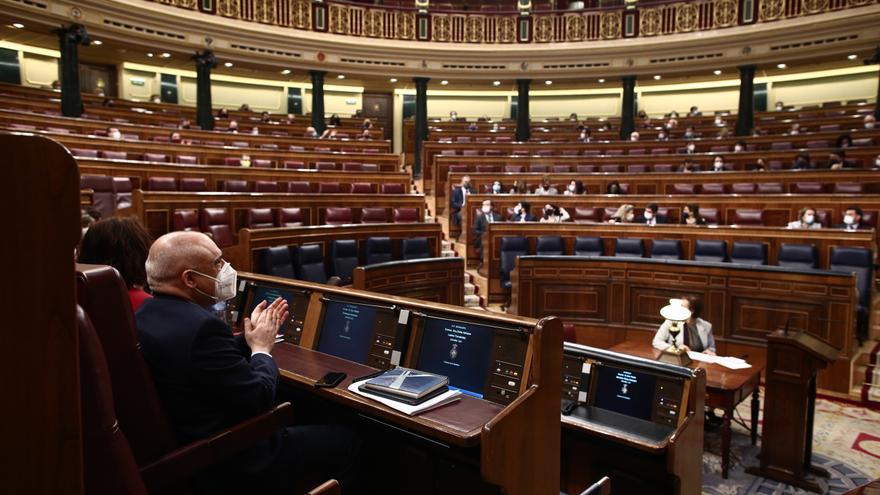 His Lordships continue to make their usual trips to Spain on the occasion of their activity once the worst of the pandemic has passed and the Congress of Deputies has returned, little by little, almost to normality. This has meant an expense for the Chamber of 2,455,655 euros in the first nine months of the year still in progress –between January 1 and September 30– due to the movements of parliamentarians made throughout the national territory. Although travel has not stopped, the Chamber has saved a reasonable amount of money in this regard compared to the years before the pandemic.

For example, in two years in which parliamentary activity was normal, travel spending far exceeded this figure: in 2018 the total turnover was more than five million euros and, in 2019, it reached 3.7 million in the same months. In March 2020, the pandemic broke out and we were confined, so Congress was also paralyzed for a short period of time. Then, after the states of alarm, attendance at plenary sessions was reduced to a third of the capacity to finally reach half, although 100% must be present in the voting. Their Lordships, however, continued to travel. Less, but they continued traveling. In fact, global travel spending throughout 2020 was more than 2.6 million euros.

But what continues to draw attention is the large figure that the Chamber squanders for the management and subsequent cancellation of the tickets that the deputies order from the contracted travel agency – El Corte Inglés. Only in this third quarter of the year, the last public event, that is, from July 1 to September 30, the difference between the initial expense and the one that resulted from subtracting the management, cancellation and pending banknotes was of 284,383 euros. The figures that come out in the previous quarters are lower. In the days between April 1 and June 30, these management and change expenses were 136,585 euros; and in the first quarter – from January 1 to March 31 – they amounted to 137,410 euros. In other words, Congress has wasted no less than half a million euros –exactly 558,378 euros– due to the management and subsequent cancellation of some of the tickets already issued or pending to do so.

An agreement dating from the mandate of Jesús Posada

The decision to disclose the billing of the trips of the parliamentarians was taken during the mandate of Jesús Posada, of the PP, and it was as a result of the scandal carried out by the former Extremaduran president and leader of that same party, José Antonio Monago, who traveled in just a year and a half about 16 times as a senator to the Canary Islands, where his partner lived. And he did it without any justification, although he claimed that he was going to work meetings that he could not prove.

Then, the tables of Congress and the Senate approved a resolution in which they promised to publish the quarterly travel expenses of their Lordships. The rule has not been modified, although some groups do reveal the agendas of their deputies and senators on their respective web pages.

Despite this commitment by the Chamber to make all expenses transparent, it is still unknown how much each deputy bills for their monthly trips and where they go as well as the reason why they do so.

In addition, both deputies and senators have a wallet card with three thousand euros per year for taxis, which they usually use to travel to airports if they choose the plane as a means of transport. In the event that they opt for the car for the fulfillment of their parliamentary functions, the Chamber pays them € 0.25 per kilometer “upon justification”, as well as the amounts of the motorway tolls, since they are given cards for this end. This perk from which all deputies benefit was used by Santiago Abascal this Wednesday against Pedro Sánchez during the debate on the distribution of European funds.

The leader of the extreme right brandished from the speakers’ platform the card provided by Congress to denounce what he considers the “cynicism of the progressive consensus.” “They impose tolls on Spaniards while the deputies have a free travel card,” he reproached the Prime Minister, despite the fact that he also benefits from it and can use it whenever he wants.