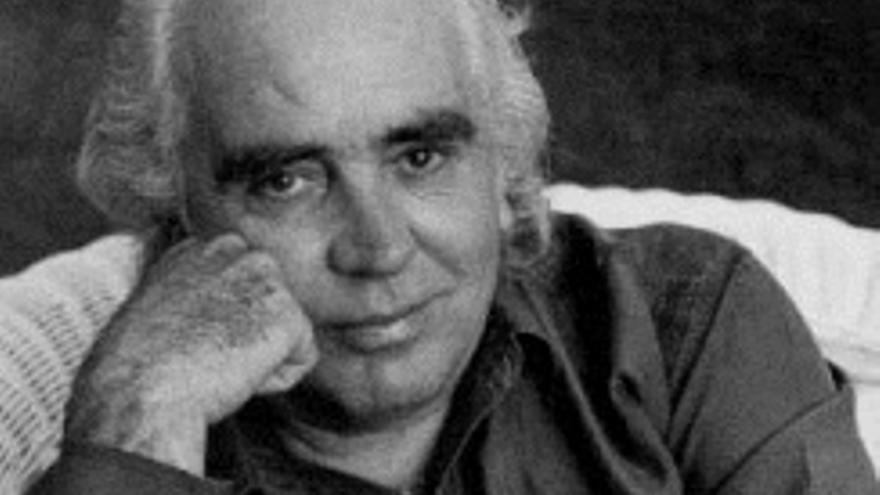 At the beginning of this century, when music was still being marketed on phonograph media, a ‘funkera’ compilation appeared on the Nuevos Medios label. With the title Afrodisia presents Spanish Grooves, producer Mario Pacheco introduced a series of themes from the scene funky Spanish of the 70s, when the discos wore their mirror balls on the dance floor and the bell bottoms vibrated to the rhythm of the Saturday night fever.

That first compilation of Aphrodisia – more came later – had a lot of repercussion, not only in Spain, but in England, where it was distributed by the Fantasy label. The songs on the album included the tune of The man and the earth, the television program by Félix Rodríguez de la Fuente; a tribal, jungle piece, with marked Afro percussions and with the ‘funkarra’ pinch of the time. The theme was due to Antón García Abril, a musician who belonged to that generation of postwar composers known as Generación del 51 where, in addition to Abril himself, names such as Cristóbal Halffet, Carmelo Bernaola or Luis de Pablos, creators, shine. that rebuilt the musical fabric of a country devastated by the war.

Children of Stravinsky, and always attached to the avant-garde, they fulfilled their musical mission with flying colors, positioning our contemporary music in a Europe that was reluctant to everything that came from a country as culturally backward as Spain was under the Franco dictatorship. Of all that group of composers, Antón García Abril stood out for being the most versatile, the most bordering, cultivating the avant-garde in the same way as popular compositions. The latter had their place in the movies of that time and in tunes for television programs. As an example, some pieces composed for the Curro Jiménez series, where the Spanish guitar takes up Falla airs to combine with popular melodies when accompanying knife fights and horse chases through the Ronda mountains.

Because, although he played in the Halffet, Bernaola and Pablos league, the composer García Abril dared with pieces of popular taste, let’s say light ones. The latter was what led him to appear together with Waldo de los Ríos, Augusto Algueró and Alfonso Santisteban in the group of star composers of audiovisual media during the 70s. In reality, what any of them offered was the most commercial dimension of contemporary music, without losing an iota of quality.

The other day Antón García Abril, a victim of the coronavirus, left us after several days in hospital. His music, especially the theme afrobeat For Félix Rodríguez de la Fuente’s program, they are part of the collective memory of a generation, mine, which grew up when television still had only two channels and the adjustment letter was the only way to listen to complete albums. Then came the color TV and the cassette, but, at first, the resources to listen to music were scarce for most Spanish homes. It is surprising that at that time there were musicians as advanced as García Abril, who knew how to capture like no other the pulse of the times beyond the Pyrenees and whose tribal theme, composed as a tune for a program dedicated to nature, is danced in nightclubs. of the world.