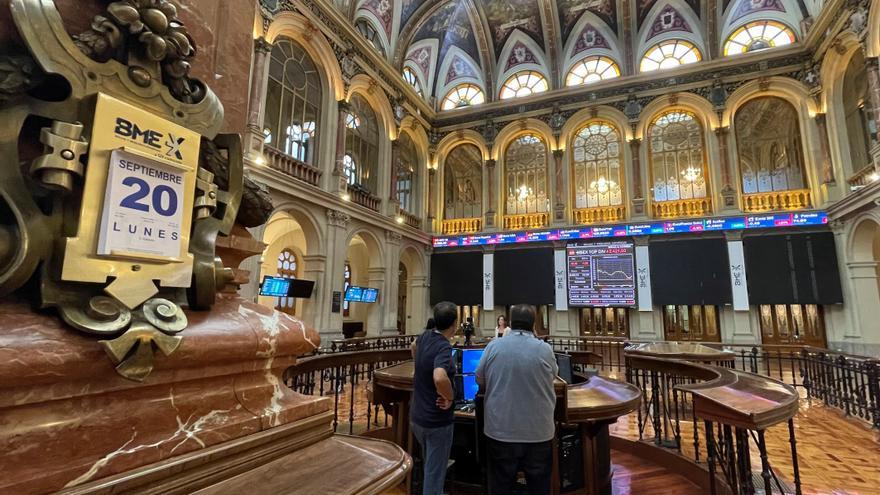 22 Ibex 35 companies maintained or increased in 2020 the number of executives who had contracts with protection clauses in the event of dismissal, according to the latest analysis of the corporate governance reports of listed companies published this month by the National Securities Market Commission (CNMV).

The so-called golden parachutes consist in guaranteeing compensation to managers in the event of termination of their contracts in order to substantially improve the compensation that would correspond to them by law. Last year, 747 Ibex executives had clauses of this type, 4% less compared to the 778 that those same companies had in 2019.

In another 16 companies of the selective that had this type of clauses in 2019, the number remained in 2020. These are Almirall, Amadeus, Bankinter, Cellnex, CIE, Colonial, Enagás, Iberdrola, Inditex, Indra, Meliá, Merlin, Pharmamar, REE, Telefónica and Viscofán.

The trend in the selective in recent years has been towards a certain reduction in the use of golden parachutes. This formula, which companies justify as a way to retain the talent of their management teams, is not welcomed by investors who are governed by sustainability criteria, which are increasingly in vogue.

In all Ibex companies that have these clauses, they are authorized by decision of the board of directors, not of its shareholders’ meeting. In the case of executive directors, the best paid, the most common compensation is two annuities of salary. In some cases (Grifols or Iberdrola) it can be up to five years, including compensation for termination of the contract and compensation for not working in a competing company for a specified period.

Last year, the bulk of armored contracts once again concentrated on banking and energy. The companies in these two sectors accounted for 79% of the total, with 592 armored managers. In 2019 they represented 82%.

Energy companies closed 2020 with 411 armored executives, 5% less than a year earlier. For its part, the bank ended 2020 with 178 executives who were beneficiaries of clauses of this type, 2.7% less. This sector It has been immersed in a process of massive layoffs and office closures for years. On In 2018, the Ibex bank shot up the number of armored executives by 31%, up to a record 191.

Only five Ibex firms did not have golden parachutes in 2020: the construction company ACS, Aena (which has a majority stake in the State), Ferrovial, Mapfre and Solaria, which landed on the Ibex last October.

2020 was a exercise of historical losses for the companies of the selective because of the pandemic. And the Ibex executives they broke the record of permanence in their positions, which stood at an average of almost eleven years. According to the CNMV, excluding the millionaire bonuses to the top managers of Acciona Due to a multi-year bonus, the average remuneration of Ibex executive directors fell by 18.2% in the year. That of the members of senior management (427 people) fell by 2%, to an average of 893,000 euros per head.

In 2013, the CNMV forced to count not only executives and members of senior management, but also executives who enjoy this type of protection, in the count of armored managers, and the number of beneficiaries shot up to 886. The record was reached a year later, with 933 people.

The number of armored contracts has been declining slowly since then and in some cases these clauses have been replaced by millionaire pensions for executives that often work the same as these clauses.

An example is César Alierta, who resigned (in quotes) from his shield in 2014, but left the presidency of Telefónica two years later with a pension of 53 million, one of the highest in Spanish business history. Other cases are those of the defunct Banco Popular, which for years said it did not have protection clauses but granted millionaire pensions to those who were the most responsible until shortly before its bankruptcy. Those compensations later ended up in court.